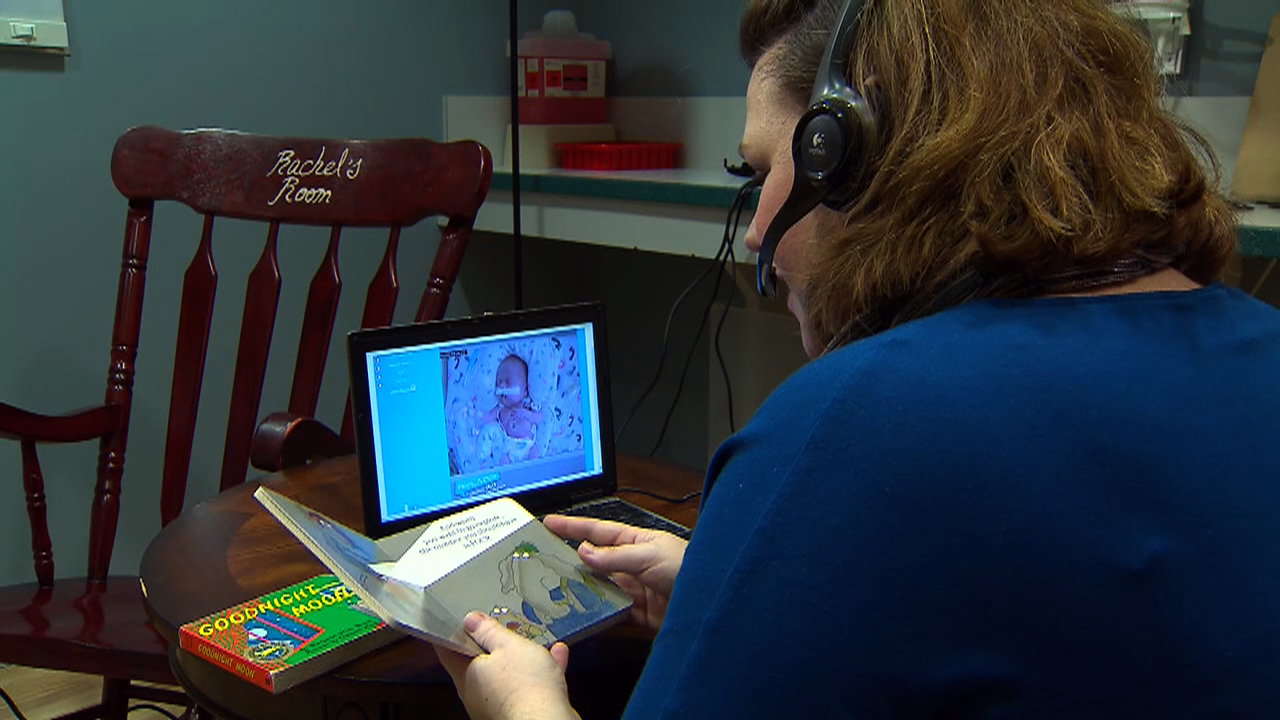 A North Texas hospital is offering parents and family members an alternative way to keep in touch with their premature baby.

Texas Health Presbyterian Hospital Dallas has installed cameras with microphones above 15 incubators in their neonatal intensive care unit. The system, which is called "Peek-A-Boo," allows up to 25 family members to log in to a password-protected account which shows them a livestream of the baby. They're then free to sing, read and talk to the child.

"I think we were all surprised at how much of a difference it seemed to make," Texas Health Presbyterian Hospital Dallas NICU medical director Dr. Gerald Nystrom said to CBS station KTVT in Dallas-Fort Worth, Texas. "They (parents and family) can check on their baby's status at any time and be reassured and then get the rest that they need."

Nystrom added the system is especially useful for parents who need to go home or to work and can't be at the hospital all the time, as well as mothers who might be sick and unable to see their newborn. Also, it cuts down on foot traffic in the NICU during flu season, when many germs can be passed to the vulnerable infants.

Sunny Jones told KTVT she was especially thankful for the opportunity. Her son, Duncan, was born 12 weeks premature.

Jones reads to her son and says he responds more to her voice over the speakers, because the sound is often muffled by the incubator walls when she talks to him in person.

This isn't the first time a video system was employed to help connect new parents with their children. The Valley Hospital in Ridgewood, N.J. also has a "Peek-A-Boo" system set up that allows family members to make webcam appointments with the NICU. Then, they are treated to a 5-minute live stream of the newest child, which can be shared with any family member around the world.

"Leaving a baby behind is very difficult," Dr.Frank Manginello, director of neonatology and the person who developed the "Peek-A-Boo" system at Valley, told CBS radio station WCBS 880. "Sometimes, the mothers are very sick, maybe in an intensive care unit here in the hospital and still separated from the baby. So, anything that their husband may tell them or any picture that they may see on their digital camera isn't the same as actually seeing the baby itself."