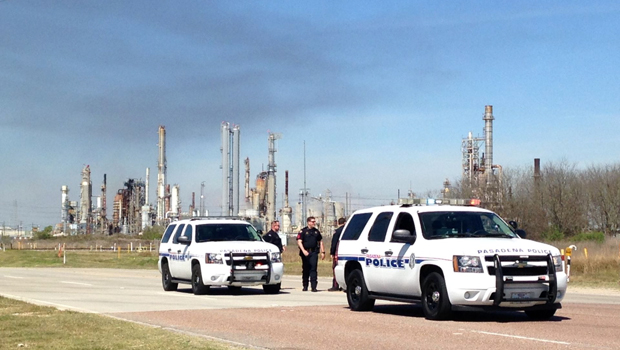 PASADENA, Texas -- One person was injured when a generator inside a refinery near Houston exploded, authorities said Saturday.

Officials at the Pasadena Refining System Inc. facility are doing a head count, Pasadena police spokesman Vance Mitchell said. The injured person was taken to a nearby hospital but Mitchell did not know the person's condition.

In September 2011, there was a brief fire with no injuries in a distillation section of the plant, which can refine 100,000 barrels of crude oil per day into products like gasoline, diesel and jet fuel. Three months later, two people were injured in explosions when sludge at the bottom of a tank ignited, unleashing a fireball.

A video submitted to CBS Houston affiliate KHOU-TV shows a plume of blue and black smoke rising from the refinery Saturday.

Mitchell said no evacuation was ordered.

The Houston Ship Channel was closed briefly but reopened to traffic later.

Plant officials told authorities there was no danger to the public and no chemicals were released.

Washburn Tunnel, which is nearby and runs beneath the Houston Ship Channel, was closed briefly and workers inside were told to shelter in place. The tunnel reopened a few hours later.