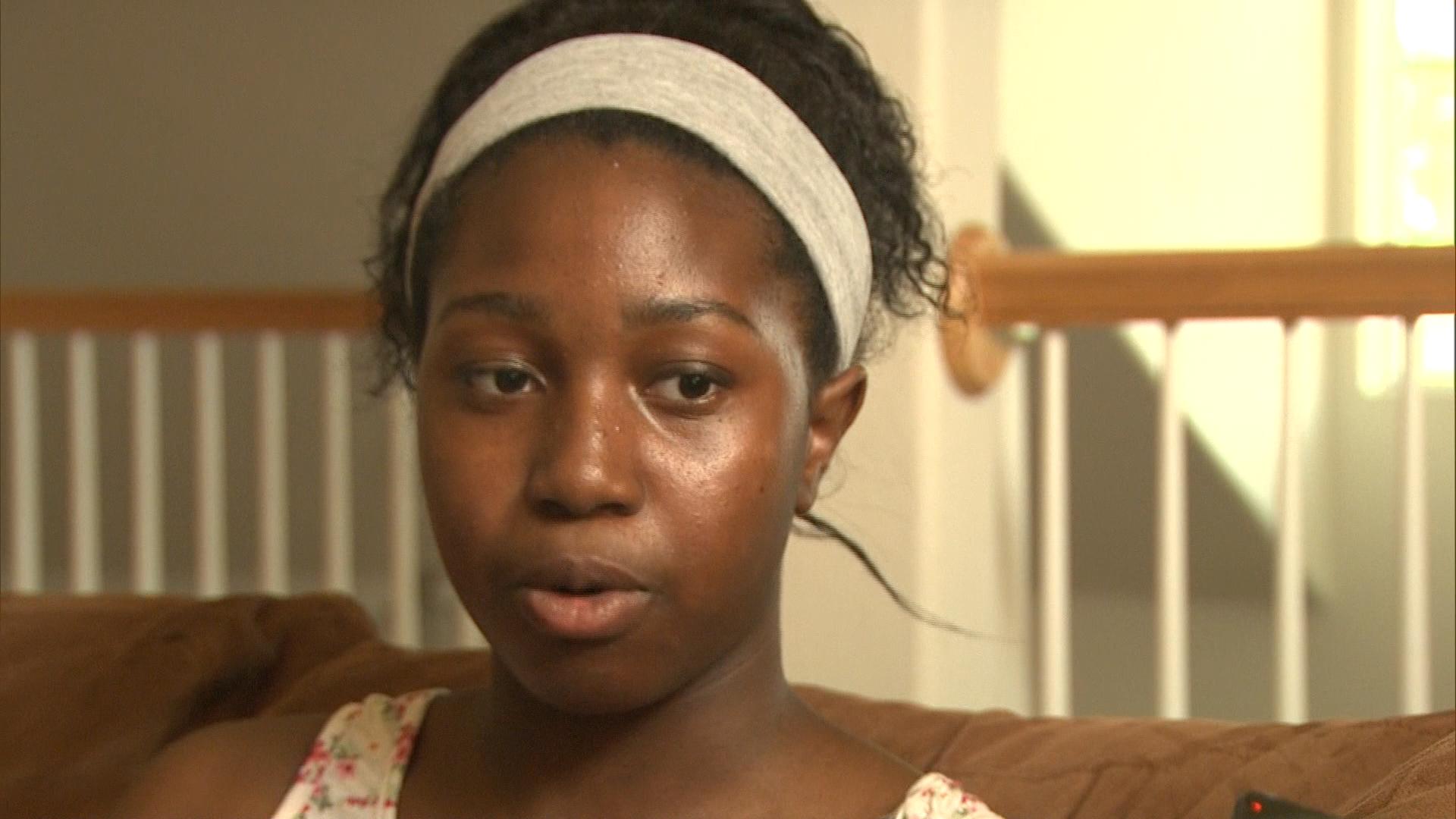 A girl who recorded video of a Texas police officer's violent clash with teens outside a pool party said police were only targeting minorities, reports Dallas-Fort Worth station KTVT's Brian New.

"I honestly believe it was about race because mostly they did nothing to the Caucasians," 13-year-old Jahda Bakari said.

Twelve officers responded to a disturbance call at a community pool in McKinney, Texas, where teenagers were celebrating the end of the school year. Most of the residents in the Dallas suburb are white, but many of the teen partygoers were black.

In the video, which has been viewed more than 2.5 million times online, one officer can be seen dragging a young girl, clad only in a bikini, to the ground.

When other teenagers tried to intervene, the officer pulled out his gun.

"I felt like he was actually getting ready to hurt someone," Bakari said.

The officer then dragged the girl, who was apparently trying to tell the officer she was doing nothing wrong, across the grass.

"They were trying to make us leave, but if we ran, they'd chase after us, and if we stayed, then they'd arrest us," Bakari said.

Earlier, the officer could be seen chasing boys and cursing as he forced them to the ground.

"Don't make me f---ing run around here with 30 pounds of goddamned gear on in the sun, because you want to screw around out here," he said in the video.

The officer is now on leave and his conduct is under investigation.

"Any time you confront a large group of people, it's a very dynamic situation, you know, and tensions can rise very quickly," McKinney Police Chief Greg Conley said.

The officers were summoned after a fight between the party's teenage host and an adult woman at the pool. There were also complaints some of the teens didn't have permission to be there.

"I wouldn't want that to be my daughter, no doubt about that, but I mean, at that point, when you got other people running around there, he's probably just trying to get the situation done -- just like anyone else would," witness Sean Toon said.

Bakari said she lives nearby and has a pool pass and so did many of her friends.

"They were acting like we were criminals," she said. "We were just there for a pool party."