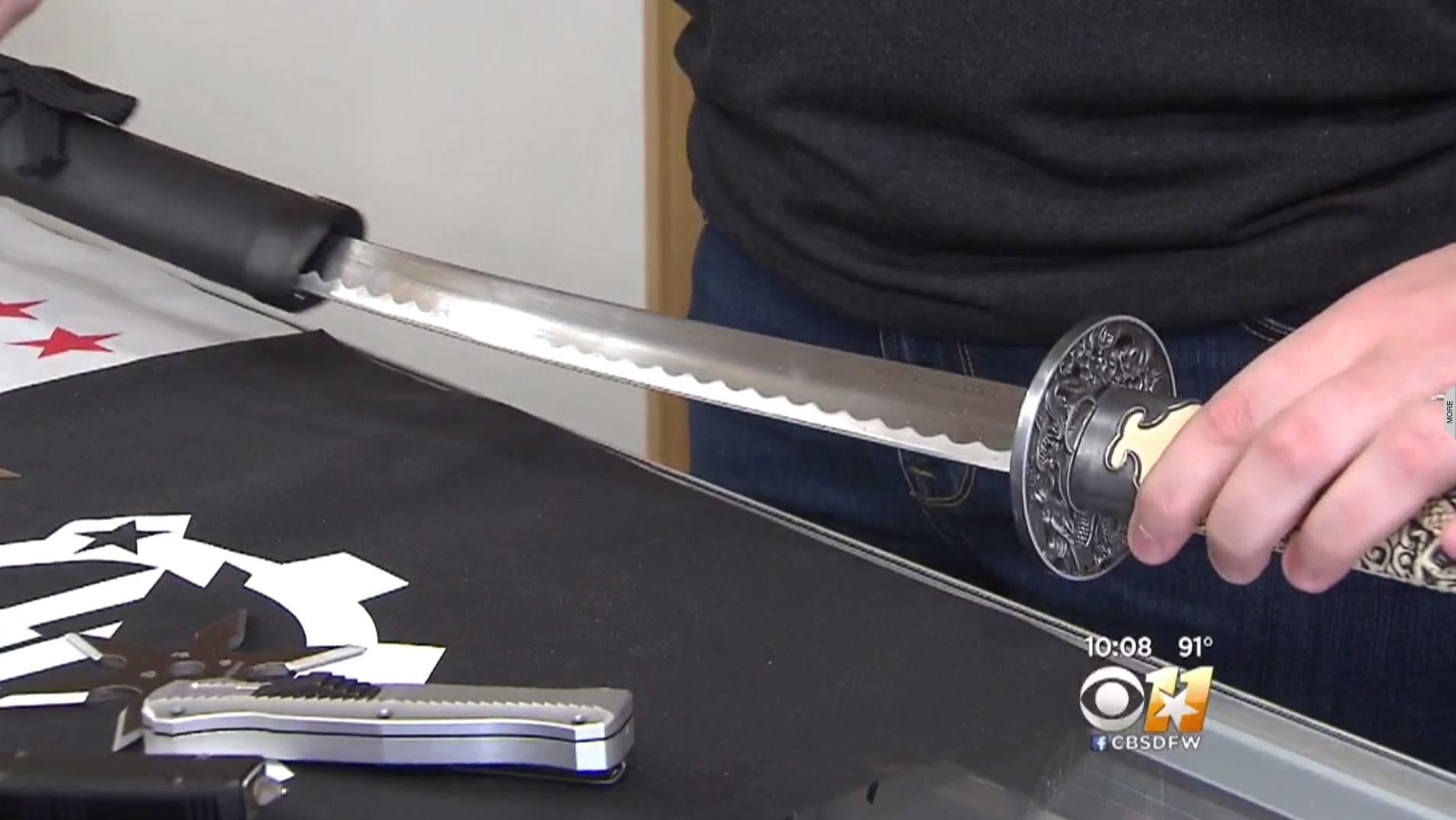 NORTH TEXAS -- As of September, adults in Texas will be legally allowed to openly carry knives with blades longer than 5.5 inches, CBS Dallas / Fort Worth reports.

Daggers, spears and even machetes fall into that category.

Texas Gov. Greg Abbott signed the bill into law last month, but it doesn't go into effect until September 1.

"Carrying a sword down the street, carrying a Bowie knife down the street... completely legal. Machetes if you want to," said general manager at the House of Blades in Fort Worth, Ahnna Escobedo.

"I think it was more to give people more rights and to make sure they felt like they were free to carry what they wanted," Escobedo said. "Texas move right there, sure."

HB 1935 was originally shelved after police in Austin said a man killed a student at UT and injured three others with a large, hunting knife.

There are some places where the new law won't apply -- including schools, prisons, hospitals, amusement parks or places of worship. Long blades are still banned at sports events. And you can't bring your sword into a bar, either.

"The idea that someone is walking down the street with a sharp object maybe larger than your toddler, that could be pretty alarming for people," said Escobedo.

"I know when open carry came about there was some initial fear, is everybody going to be carrying guns everywhere? Or, is there going to be shootings everywhere? And I really think this is going to mirror that," said McNear.

He believes police are briefing their officers. But McNear thinks it is not usually what's in the "open" that officers are worried about when they are patrolling.

"It's really the unknown. Does the guy have a weapon concealed on him?" questioned McNear.

Escobedo agrees and said she is often more concerned about the smaller blades.

"Just to be honest, the time and effort it takes to unsheathe something this large versus taking something like this out of your pocket, this is going to be a lot faster," said Escobedo.

Both Montana and Oklahoma have passed laws lifting their bans on certain bladed weapons, including swords.

CBS DFW reached out to several law enforcement agencies in North Texas who said they had no comment.