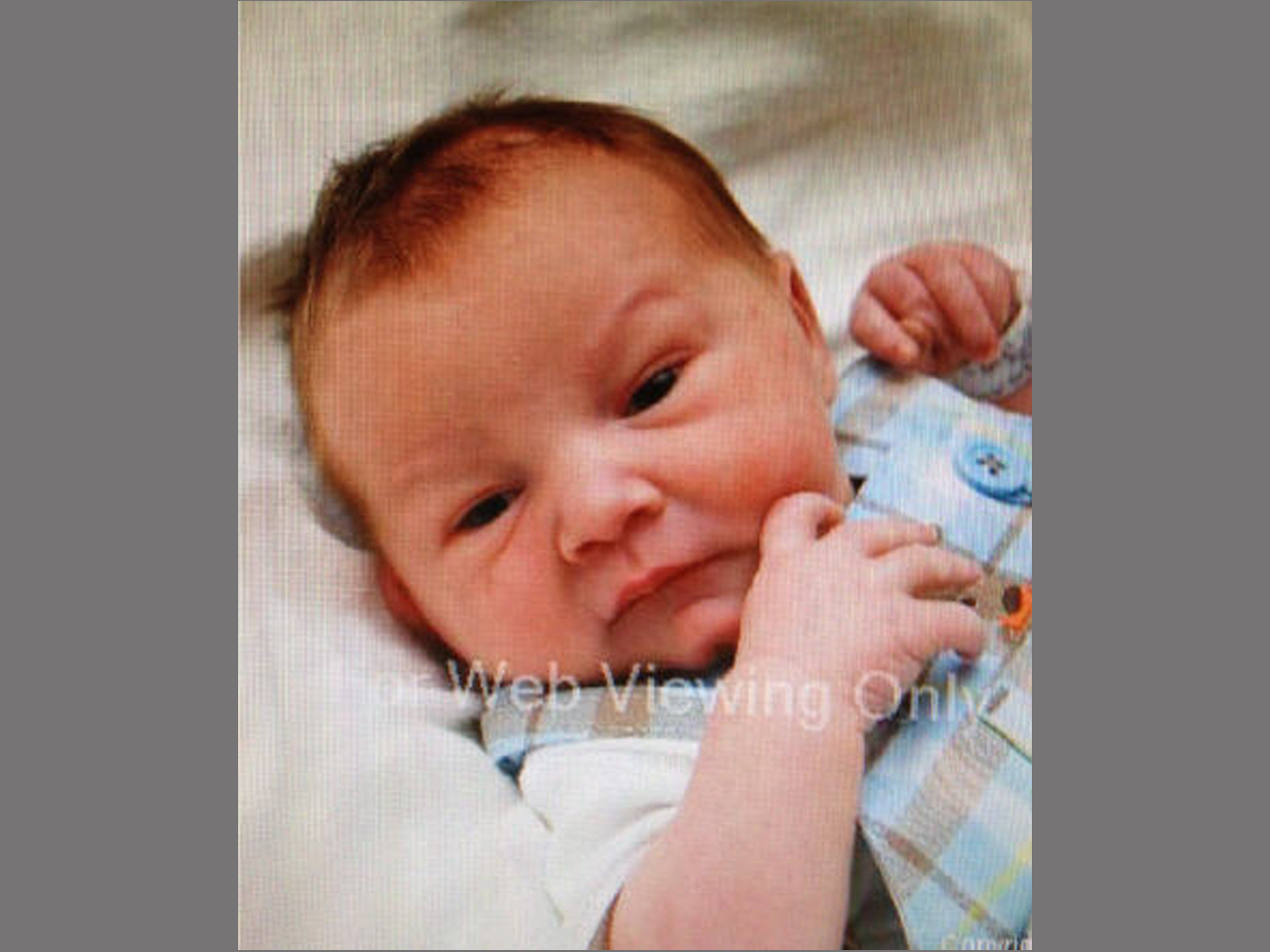 (CBS/AP) SPRING, Texas - A newborn who was abducted from his dying mother after she was repeatedly shot Tuesday outside a suburban Houston pediatric center was found safe hours later, according to investigators who said the suspected shooter sped off with the infant in a blood-stained Lexus.

Ligon wouldn't say where the infant was found, but he said it wasn't at a nearby apartment complex where officers wielding guns and riot shields searched earlier Tuesday evening. CBS affiliate KHOU in Houston reports the baby was found near where a relative of the shooting suspect lives.

"The child is healthy. The father of the child is on his way to be reunited with the child," Ligon told The Associated Press.

A person of interest has been detained though no charges have been filed, he said. He wouldn't provide any details about the person.

Golden was leaving an afternoon checkup with her son, Keegan, when she had a verbal altercation with a woman in a Lexus parked next to her pickup truck, Montgomery County sheriff's Lt. Dan Norris said.

Witnesses said the woman repeatedly shot Golden, took the infant and sped away, hitting the dying mother as she screamed "my baby" and tried to reach into the Lexus, Norris said.

Witnesses also reported hearing as many as seven gunshots and said a man also was in the sky blue or light green Lexus, which was blood-stained on the driver's side, Norris said.

Investigators were processing evidence Tuesday night at one apartment in the complex that was searched, and they took away a vehicle parked in front. Photographs taken by news media at the scene indicate the vehicle was a light-colored Lexus.

The shooting happened just after 2 p.m. outside the Northwoods Pediatric Center in Spring, which is about 20 miles north of Houston.

A handful of people sitting outside Golden's nearby home said they were relatives but declined to give their names. They said the family was grieving and would have no comment.

Joshua Jesson said he was in the clinic with his girlfriend when he heard gunshots. He said he saw a Lexus next to the pickup truck, then later looked back and saw the car was gone and a woman lying in the spot where the Lexus had been parked.

"I thought she just passed out. Then somebody ran in here and said, `Somebody got shot,"' he said.

Police quickly surrounded the clinic and much of the parking lot with crime-scene tape, and yellow markers were placed next to a purse and pair of brown sandals near a red pickup truck. Spent ammunition also was nearby.

The clinic is in an area thick with strip malls.