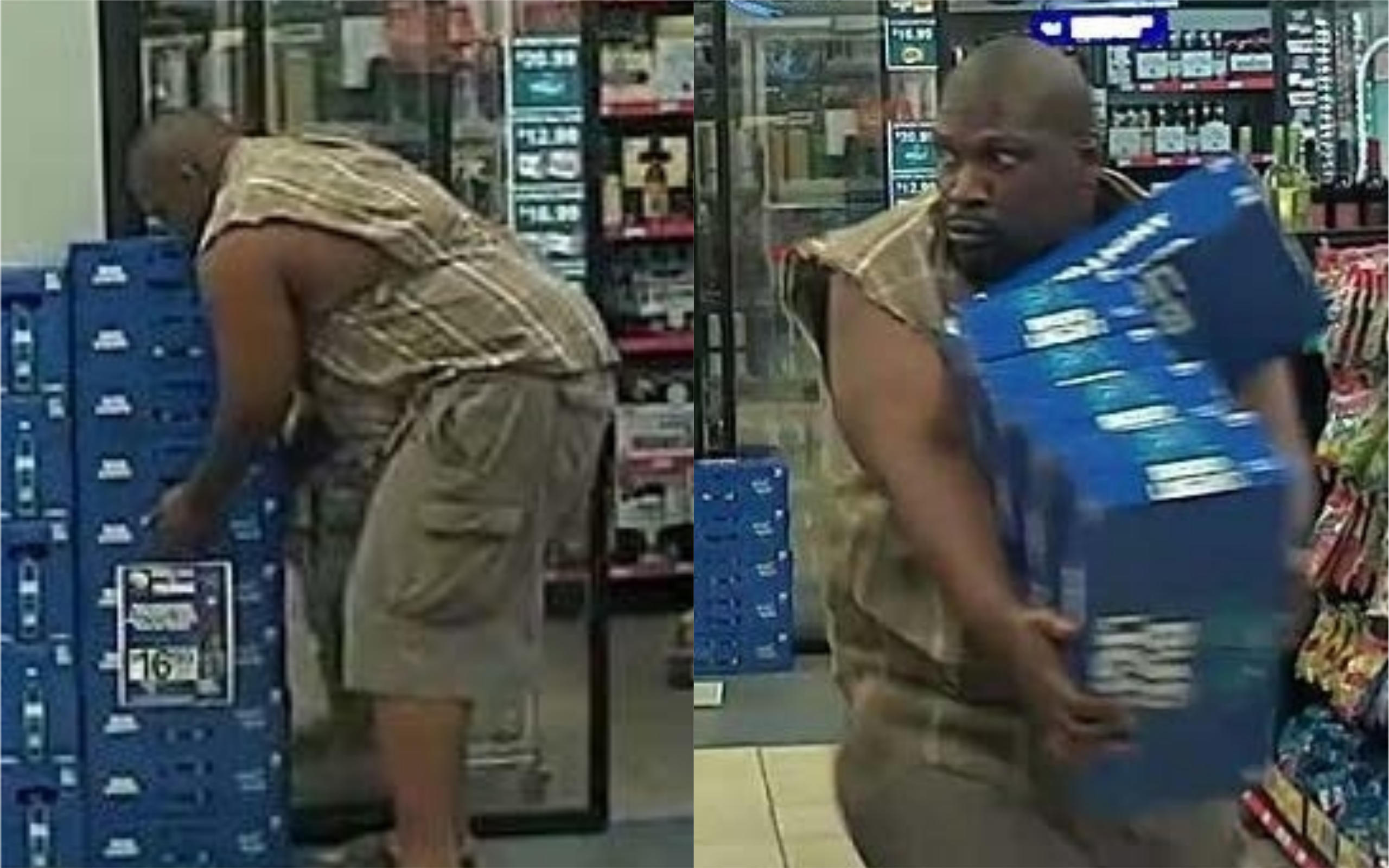 A Texas man's "beer run" has gone viral after a surveillance camera caught him carrying five cases of stolen Bud Light out of a store. Police in Arlington are looking for the wide-eyed suspect, and are using social media to try and track him down.

"Here is a textbook definition of a beer run," the Arlington Police Department wrote on Twitter. "This beer baron swiped 5 cases from a convenience store in the 5000 block of Little School Road and took off."

The department shared two still images of the suspect – in one, he is lifting the cases of Bud Light, then the other shows him looking over his shoulder as he sneaks off with the cases, which he didn't pay for.

The photos may be comical, but police are hoping they help identify the suspect. He is believed to have taken off in a gray Dodge truck. The police department asked anyone who recognizes the "beer baron" in these viral photos to give them a call.