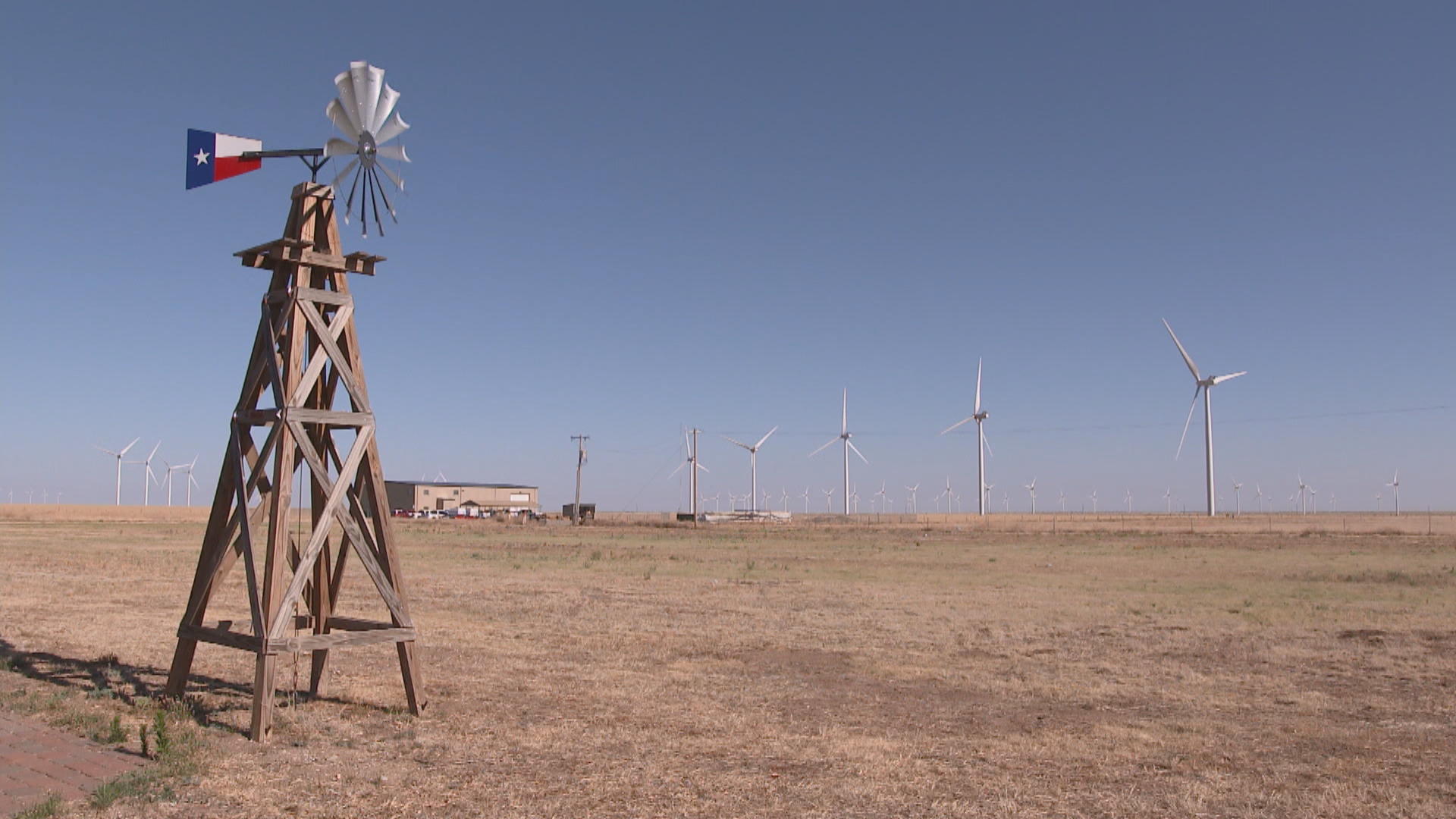 Our continuing series, What's Working, looks at innovations that are paying off in America, from education to infrastructure and more. Labor department figures show solar panel and wind turbine technicians are the two fastest-growing careers in the country. Surprisingly, Texas is where you'll find the most of those wind industry jobs. The traditionally conservative state is leading the way for renewable energy across the nation. In this installment, NPR's Steve Inskeep shows how local leaders in Texas are going green.

Dave Watkins oversees a wind farm on Route 66 exactly halfway between Los Angeles and Chicago. Bikers taking road trips on the historic highway rumble past one new wind farm after another.

Just a few years ago, it was impractical to generate power in that remote spot. Texas has since spent $7 billion on power lines connecting windy north and west Texas with cities south and east. It happened under then-governor and now-Energy Secretary Rick Perry.

Watkins said they can deliver power to places like San Antonio, Dallas, Houston and a city 501 miles away that uses almost entirely renewable power: Georgetown, Texas.

People there say coal plants kept the lights on for generations. Then, Republican Mayor Dale Ross concluded the market was changing.

Unlike many Republicans, Ross accepts climate science. He supports clean power so much he bought an electric motorcycle. But Ross said he approved wind and solar because it's affordable.

"This was first and foremost a business decision and if you win the business argument, then you're gonna win the environmental argument," Ross said.

"It's a totally different landscape out there," he said. "And let me tell you, in the state of Texas, since January 1, four coal plants have closed. This is the economics of the matter. You buy wind and solar for, say, $18 a megawatt. You buy coal for $25. You have that choice. Which one are you gonna buy?"

"The art of the deal?" Inskeep asked.

"The art of the deal. I might be able to teach Mr. Trump something when it comes to renewable energy. All he has to do is invite me and I'll come to the White House. We can have a great discussion," Ross said.

The president has hailed a few new coal jobs, but has not erased coal's disadvantage against natural gas and renewables.

"My overall impression is that President Trump has been able to do less damage than I feared that he would," Gore said. "Market forces are moving the entire energy marketplace toward renewable energy. … I'm hoping they'll follow the lead of Dale Ross rather than Donald Trump."

Renewable energy has continued growing since Mr. Trump's election. Even in Texas, the conservative home of Mr. Trump's energy secretary.

"Without his leadership, we wouldn't be having renewable energy here. Now he's shying away from that and I need to be his PR guy but maybe he doesn't wanna take credit for it, 'cause his boss is a big coal guy," Ross said.

CBS News reached out to Perry's office, which said Perry does take credit for promoting wind in Texas -- and still promotes it as energy secretary.

But earlier this month, President Trump directed Secretary Perry to prepare immediate steps to stop the loss of "fuel secure power facilities," which appear to include both coal and nuclear power.

Two children are hospitalized and recovering from serious injuries