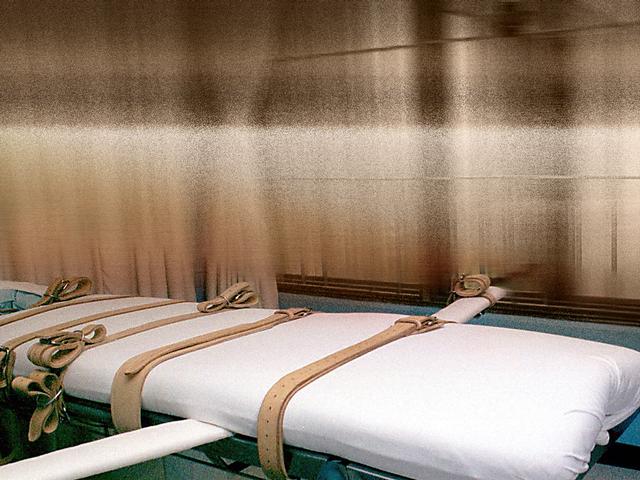 (CBS/AP) LIVINGSTON, Texas - Cleve Foster, a Texas inmate sentenced to die for the rape-slaying of a Fort Worth woman nearly a decade ago, is scheduled to be executed tonight - he has been spared from the death chamber twice this year amid appeals.

Foster, 47, is set to die Tuesday evening for fatally shooting 30-year-old Nyaneur Pal, whose body was found in a ditch by pipeline workers on Valentine's Day 2002. Foster's execution would be the 11th this year in Texas.

Foster won his first pardon in January from the U.S. Supreme Court, which halted his execution again in April when it agreed to reconsider an appeal that raised claims of innocence and poor legal assistance early on in his case.

His execution was rescheduled for Tuesday after the high court turned down that appeal.

Foster and a companion, Sheldon Ward, both were sentenced to death for killing Pal, who came to the U.S. from Sudan and was known as Mary. Pal, who worked at a country club, was seen talking with Foster and Ward at a Fort Worth bar and her body was found hours later in a ditch. She'd been shot once in the head.

A gun found in the motel room where Foster and Ward lived was identified as the murder weapon.

It also was identified as the gun used two months earlier to kill 22-year-old Rachel Urnosky at her Fort Worth apartment. Foster and Ward were implicated but never tried in Urnosky's death.

The two men were tired and convicted separately. Pal's blood and tissue was found on the weapon and DNA evidence showed both men had sex with Pal. Foster said he was passed out from sleeping pills at the time Pal would have been murdered.

Ward died of cancer last year while on death row.

Foster, who grew up in Henderson, Ky., spent nearly two decades in the Army and reached the rank of sergeant first class. He was later denied re-enlistment after allegations he gave alcohol to underage students as a recruiter and had sex with an underage potential recruit. He had only been out a short time when the slayings occurred.