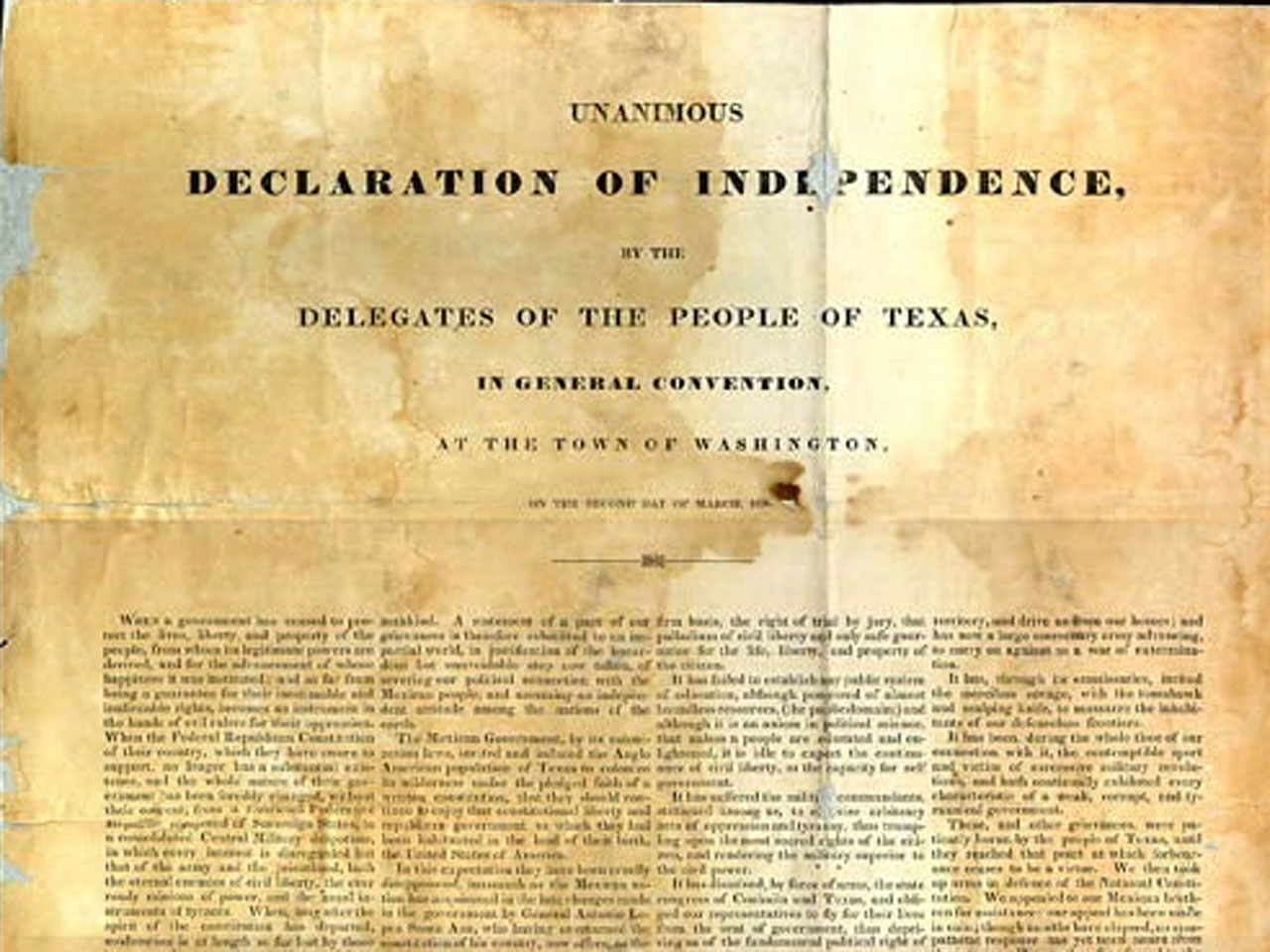 The nation's second biggest state is celebrating a birthday. Today is Texas Independence Day, commemorating the day, 175 years ago, that settlers in the territory of Texas signed a document declaring independence from Mexico and creating the Republic of Texas.

In 1836, Texans were already in rebellion against Mexican rule. A group of delegates gathered in the town of Washington to make official their separation from Mexico. The members of the convention signed a hand-written document declaring the creation of the short-lived Republic of Texas. The original document still survives and is currently on display in Austin, the state capitol.

Thanks to the heroics of Sam Houston and the Texas army at the battle of San Jacinto, the soon-to-be state was free less than two months after signing the declaration. he newly independent Republic of Texas lasted until 1845, when the territory formally became a U.S. state.