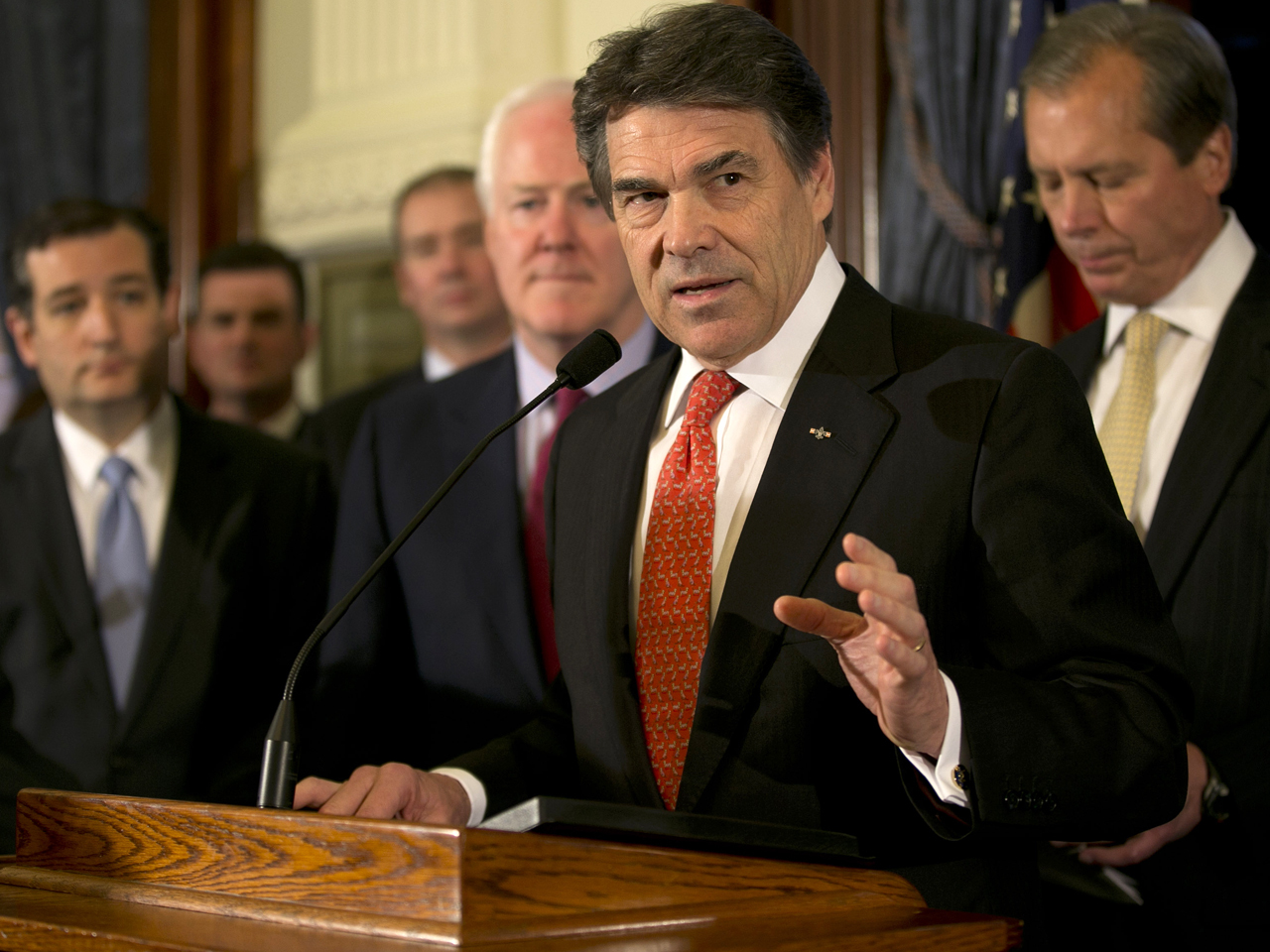 KAUFMAN, Texas Gov. Rick Perry has announced a $100,000 reward to help find the killers of a Dallas-area district attorney, his wife and an assistant prosecutor.

Perry appeared Thursday in Kaufman to support the investigation into the slayings of Kaufman County District Attorney Mike McLelland, Cynthia McLelland and Mark Hasse. Nobody has been arrested.

Perry says Texas is a "law and order state" and officials will track down and punish the killers.

Perry's announcement of the state offering $100,000 matches a reward offered by Kaufman County Crime Stoppers after Hasse was slain Jan. 31.

At a service Thursday afternoon at a church in suburban Dallas to remember the McLellands, Perry said they were too vibrant and full of life to be gone so quickly.

Perry said that the couple was aware of the dangers of Mike McLelland's job and noted Hasse's death was "heavy on their minds and hearts."

But Perry said McLelland's resolve to "do right" never diminished.

At the press conference, interim District Attorney Brandi Fernandez, who replaced McLelland, said her staff is "unnerved" but will continue to adhere to their oath to serve the community.

Fernandez said that the killings have not slowed prosecution efforts by her office.

Fernandez says trials and the prosecution of cases have not been delayed by the statewide investigation into Saturday's shooting deaths of the McLellands at their home near Forney and the killing of Hasse, who was gunned down outside the county courthouse.

Fernandez says she's proud of assistant prosecutors as they continue their work despite the killers remaining at large.

Neighbors of the McLellands have told CBS that a beaten-up, white SUV was parked at a corner near their house for four days before Saturday's shooting and that there appeared to be four men inside.

Police are looking at tire tracks and cigarette butts found near their home.

CBS News senior correspondent John Miller, a former deputy director of the FBI, reports that the shootings are having an effect on Texas law enforcement.

Fernandez is working in what Miller described as "an armed camp" at the courthouse with a 24-hour protective detail.

Sheriffs in other Texas counties, including those surrounding Kaufman, told Miller that they are also putting their district attorneys under 24-hour protection.

Also, an assistant U.S. attorney handling a major criminal case against the Aryan Brotherhood of Texas, which has been mentioned as possible suspects of the killings in Kaufman County, recused himself, citing safety concerns.

"That never happens," Miller told "CBS Evening News" anchor Scott Pelley. "That shows a crack where law enforcement is showing signs of being intimidated, and that's something they never want to show to the public."