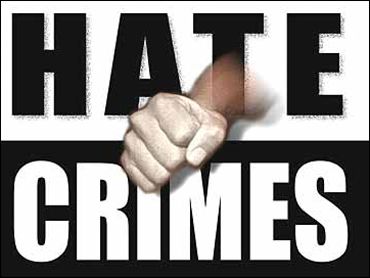 "With my signature, Texas now has stronger penalties against crimes motivated by hate," said Perry, a Republican who had been noncommittal until Friday's signing. "This law sends a signal to would-be criminals that if you attack someone because of their religion or race or gender, you face stiffer penalties."

As Perry signed the bill, he was surrounded by lawmakers who had pushed for the legislation, as well as Byrd's parents.

Byrd, a black man, was killed when he was dragged behind a pickup truck by three white men in Jasper in 1998. Two of them are on death row and the third received a life sentence.

Byrd's mother Stella said before the signing that she was "very pleased that he (Perry) changed his mind and thank God for that too. I think he finally realized it was a good bill."

Texas already has a hate-crimes law that increases penalties if a crime is proven to be "motivated by bias or prejudice," but it does not list specific categories of people who would be protected. Some prosecutors have said it is too vague to enforce.

Two years ago, a similar bill passed the House but was turned down by the Senate when critics complained it created unnecessary distinctions for homosexuals.

Then-Gov. George W. Bush refused to support the measure, saying all crimes are hate crimes. Democrats criticized him for that decision during the White House campaign.

As recently as Thursday, Perry said he hadn't decided whether he would sign the bill and was concerned it would "create new classes of citizens."

"As governor of a very large, diverse state, in all matters it is desirable to seek common ground, common ground for the common good," Perry said Friday.