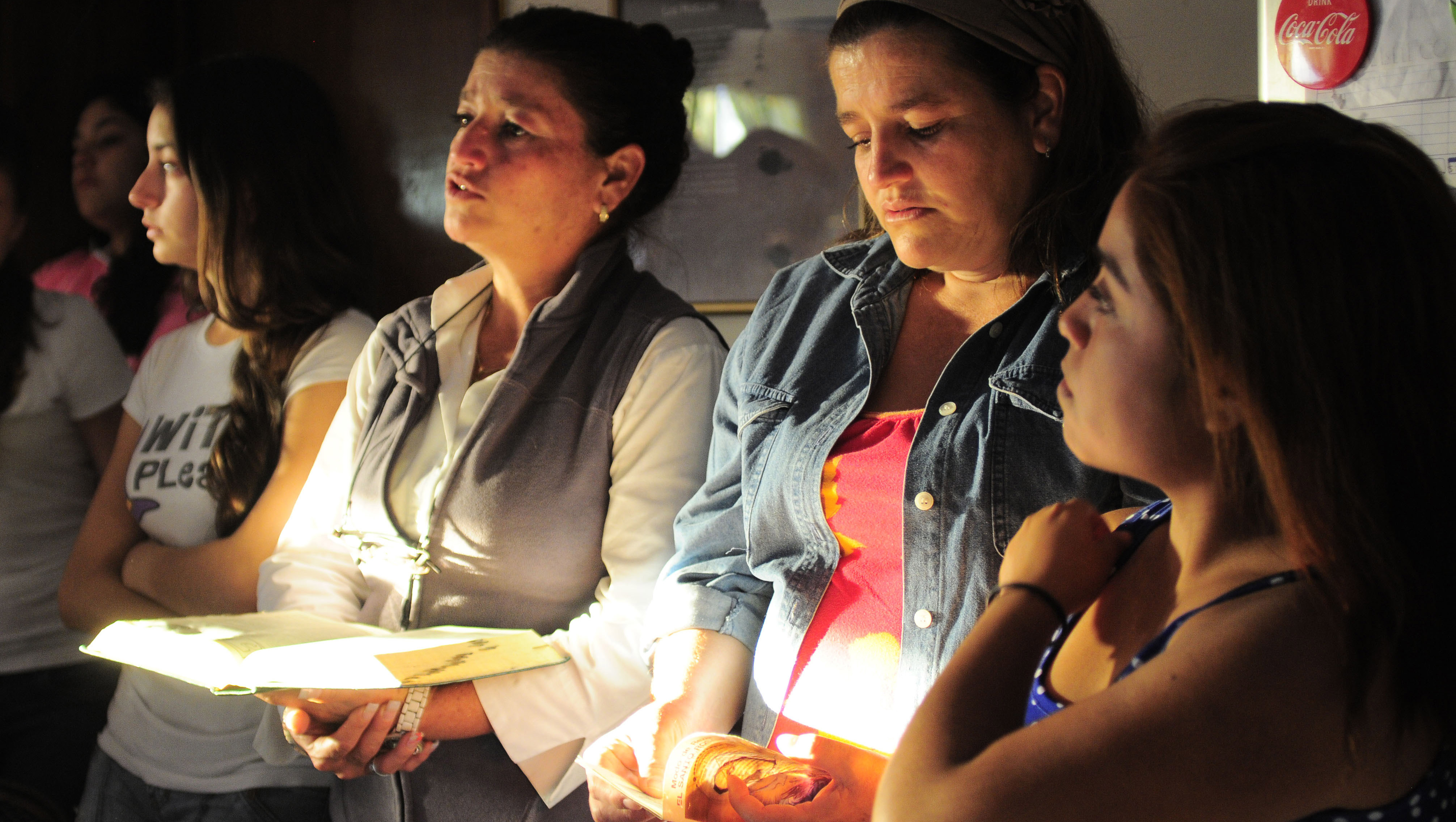 HUNTSVILLE, Texas - A Mexican national was executed Wednesday night in Texas for killing a Houston police officer, despite pleas and diplomatic pressure from the Mexican government and the U.S. State Department to halt the punishment.

Asked by a warden if he had a final statement, he mumbled "no" and shook his head. As the lethal dose of pentobarbital began taking effect, he took a few breaths and then made one slightly audible snore before all movement stopped. He was pronounced dead 17 minutes after the drug was administered, at 9:32 p.m. CST.

Tamayo never looked toward Gaddis' mother, two brothers and two other relatives who watched through a window. He selected no witnesses of his own.

There were several dozen police officers and supporters of the slain patrolman were revving their motorcycles outside of the prison before witnesses were let inside the death chamber.

The execution, the first this year in the nation's most active death penalty state, came after the U.S. Supreme Court and lower federal courts rejected last-day appeals and Texas officials spurned arguments that Tamayo's case was tainted because he wasn't informed, under an international agreement, that he could get legal help from the Mexican consulate after his arrest for the officer's slaying.

Attorneys had also argued unsuccessfully that Tamayo was mentally impaired, making him ineligible for execution, and that the state's clemency procedures were unfair. The Texas Board of Pardons and Paroles on Tuesday had rejected Tamayo's request for clemency.

"It doesn't matter where you're from," Perry spokeswoman Lucy Nashed said. "If you commit a despicable crime like this in Texas, you are subject to our state laws, including a fair trial by jury and the ultimate penalty."

Gaddis, who had been on the force for two years, was driving Tamayo and another man from a robbery scene when evidence showed the officer was shot three times in the head and neck with a pistol Tamayo had concealed in his pants. The car crashed, and Tamayo fled on foot but was captured a few blocks away, still in handcuffs, carrying the robbery victim's watch and wearing the victim's necklace.

Mexican officials and Tamayo's attorneys contend he was protected under a provision of the 1963 Vienna Convention on Consular Relations. Legal assistance guaranteed under that treaty could have uncovered evidence to contest the capital murder charge or provide evidence to keep Tamayo off death row, they said.

Records show the consulate became involved or aware of the case just as his trial was to begin.

But Abbott's office and the Harris County district attorney opposed any delays.

At least two other inmates in circumstances similar to Tamayo's were executed in Texas in recent years.

The Mexican government said in a statement this week it "strongly opposed" the execution and said failure to review Tamayo's case and reconsider his sentence would be "a clear violation by the United States of its international obligations."

Tamayo was in the U.S. illegally and had a criminal record in California, where he had served time for robbery and was paroled, according to prison records.

Tamayo was among more than four dozen Mexican nationals awaiting execution in the U.S. when the International Court of Justice in The Hague, Netherlands, ruled in 2004 they hadn't been advised properly of their consular rights. The Supreme Court subsequently said hearings urged by the international court in those inmates' cases could be mandated only if Congress implemented legislation to do so.

"Unfortunately, this legislation has not been adopted," the Mexican Foreign Ministry acknowledged.