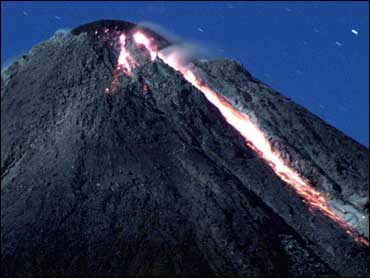 The bench suits Gabe Muoneke and Texas so well the Longhorns are tempted to leave him there even if only for a short while.

Coming off the bench for the third straight game, the senior forward powered his way to 17 points, including eight straight in a key second-half run, to lead No. 17 Texas to a 68-57 victory over No. 8 Oklahoma State on Wednesday night.

Muoneke, who a week ago wasn't in the starting lineup for the first time since his sophomore year, continues to produce for Texas in his new role as the Longhorns have won three straight.

Longhorns coach Rick Barnes first benched Muoneke to discipline him for a flare-up in practice and said he's tempted to keep bringing him off the sideline.

"People think he's still coming off the bench because of some disciplinary action," Barnes said. "It's not true.

"I like him off the bench. I know what Gabe is going to bring. The last couple of games, he's gone in and really changed the game."

Even off the bench, Muoneke logged 32 minutes against the Cowboys. Still, he'd like to be introduced to the crowd before the game.

"On a selfish level, it's difficult for me," Muoneke. "I can't say I love it to death

"At 250 pounds, if you get half a step on somebody, there's not much they can do about it," Muoneke said.

Oklahoma State (20-3, 9-2) cut the lead to 48-44 on a three-point play by Desmond Mason but ot no closer. The Cowboys got within 61-55 on 3-pointer by Glendon Alexander before Chris Owens hit one of two foul shots for Texas and Longhorns center Chris Mihm grabbed the miss and brought the crowd of 15,525 to its feet with a two-handed dunk with 1:58 to play.

Mihm had 15 points and 16 rebounds for Texas, which also got 14 points from Darren Kelly. Texas shot 47 percent from the field against the Big 12's best defense.

Mason, who scored 30 points when Oklahoma State beat Texas 73-65 in January, finished with 12 on 4-of-13 shooting in the rematch.

"I think Texas came out more aggressive. They played more physically and we didn't react the right way," Mason said.

After Muoneke's run, Mason supplied his own surge with seven points in two minutes. But Texas shifted Muoneke over to help guard him and Mason had just two free throws over the final 12 minutes.

One of the worst free throw shooting teams in the Big 12, Texas was 7-of-10 from the line over the final four minutes to help preserve its lead. The Longhorns also outrebounded the Cowboys 39-25. OSU had just seven offensive boards.

Oklahoma State held the biggest lead of the first half at 17-12 before Texas used a 7-2 run sparked by Kelly's 3-pointer to tie it at 19.

Doug Gottlieb hit a short jumper to put OSU up 24-23 before Ivan Wagner closed the first half with two 3-pointers over the final 1:51 as Texas took a 29-27 halftime lead.

Mason picked up two fouls in the opening 10 minutes and was just 1-of-3 shooting for three points in the first half.