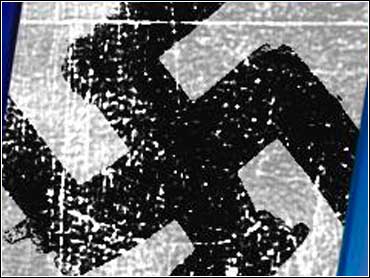 (WCBS)
BAYTOWN, Texas (AP) - At least 100 explosive devices were found in a southeast Texas mobile home where a deputy was shot and killed, a sheriff said Tuesday.

Any of the explosives could have leveled the trailer near Baytown, LaRive said.

Law enforcement agents began removing explosives from the home when the standoff ended Monday night and that work continued Tuesday. They asked neighbors to stay away from the area until the search and recovery was done.

Law enforcement agents said they found an assault rifle next to Ortez's body, and an autopsy showed the 37-year-old died of a self-inflicted gun shot wound to the head.

"My officers were 150 percent in the right in what they did," he said.

Deputies went to Ortez's home Monday after a meter reader sent to shut off the water service reported shots had been fired at her. They arrested Ortez's common-law wife, Pamela Leggett, 29, and charged her with aggravated assault with a deadly weapon and resisting arrest.

Ortez was at the mobile home when Leggett was arrested and shot Detwiler when the deputy went inside.

Leggett could face additional charges because of the explosives found in the home, Chambers County District Attorney Cheryl Lieck said.

Texas Rangers have taken over the investigation. Detwiler will be buried Friday.