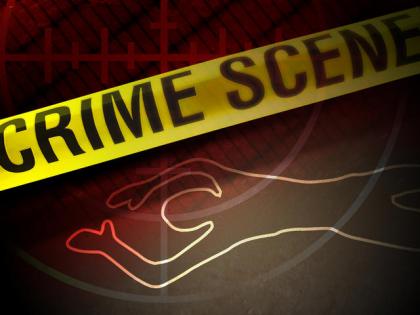 (CBS/AP) ARLINGTON, Texas - Arlington police said Sunday they're still looking for a motive for why a 22-year-old Texas university student gunned down his psychological counselor's husband before killing himself in front of a daycare

The murder-suicide happened as the victim, Steven McIntosh, 42, was leaving the Country Day School of Arlington with his 3-year-old daughter Friday afternoon. The suspected gunman, who the Tarrant County Medical Examiner's Office identified as Antonio Garcia, a senior at the University of Texas at Arlington, reportedly shot McIntosh several times and then shot himself in the head, according to a police report.

The daughter was not injured.

Adria Villarreal, 40, the victim's wife, is a counselor at the University of Texas at Arlington and had recently withdrawn as Garcia's counselor and referred him elsewhere. There was no indication of any relationship between the two other than a professional one, according to the police statement.

"Most people know the people who kill them," she told The Dallas Morning News. "There's some sort of relationship, but it's usually passionate, there's some emotional vested interest for both parties, and that doesn't seem to be the case in this one."

Garcia's neighbors described the student as a loner. "He was the only neighbor who would never say 'Hi'," student Ludmila Beloso said.

There is no information regarding what type of counseling Garcia was receiving.