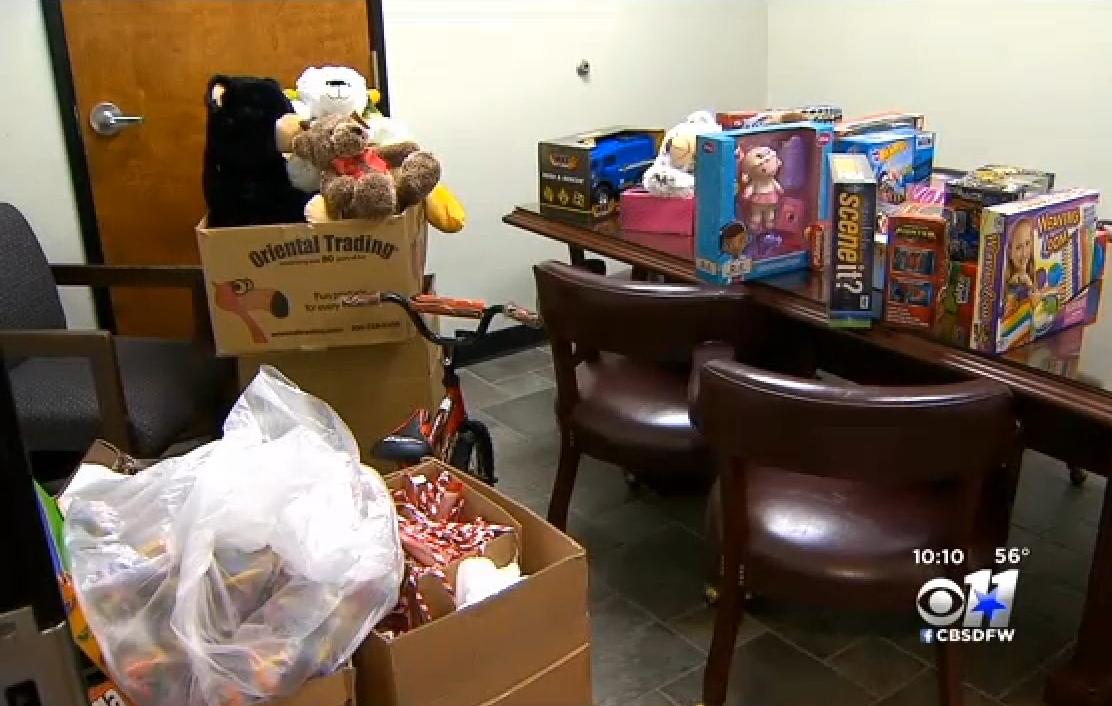 PANTEGO, Texas -- Police officers in one Texas town are waiving minor traffic citations in the hope that drivers will donate to charity this season, reports CBS DFW.

Called the Pantego Cops for Kids program, from mid-November through mid-December, officers are handing out fliers to the people they pull over, asking if the drivers would consider dropping off an unwrapped toy at the department headquarters instead of paying a fine.

Police will deliver the gifts to Cook Children's Hospital in Fort Worth before Christmas.

"We don't do it for the publicity, but it's nice to let other people know that we're doing things other than just writing tickets and putting people in jail," said Assistant Chief Barry Reeves.

Pantego occupies less than two square miles next to Arlington, Texas. The population is about 2,400, but close to 85,000 commute through the town every day.

The police department's ten patrol officers write around 500 citations a month, but that number is cut in half during the toy drive.

"I know that everybody likes getting cut a break. I don't like being the one issuing a ticket to people. It feels good that I'm not cutting into their bank account and their Christmas spending for their kids or their family," said Officer Stephen Meinke.

The warnings in place of citations are issued for non-hazardous violations like minor speeding, expired inspections, running stop signs, all at the officer's discretion on a case-by-case basis.

Serious offenders who are pulled over are not let off the hook by the toy drive.