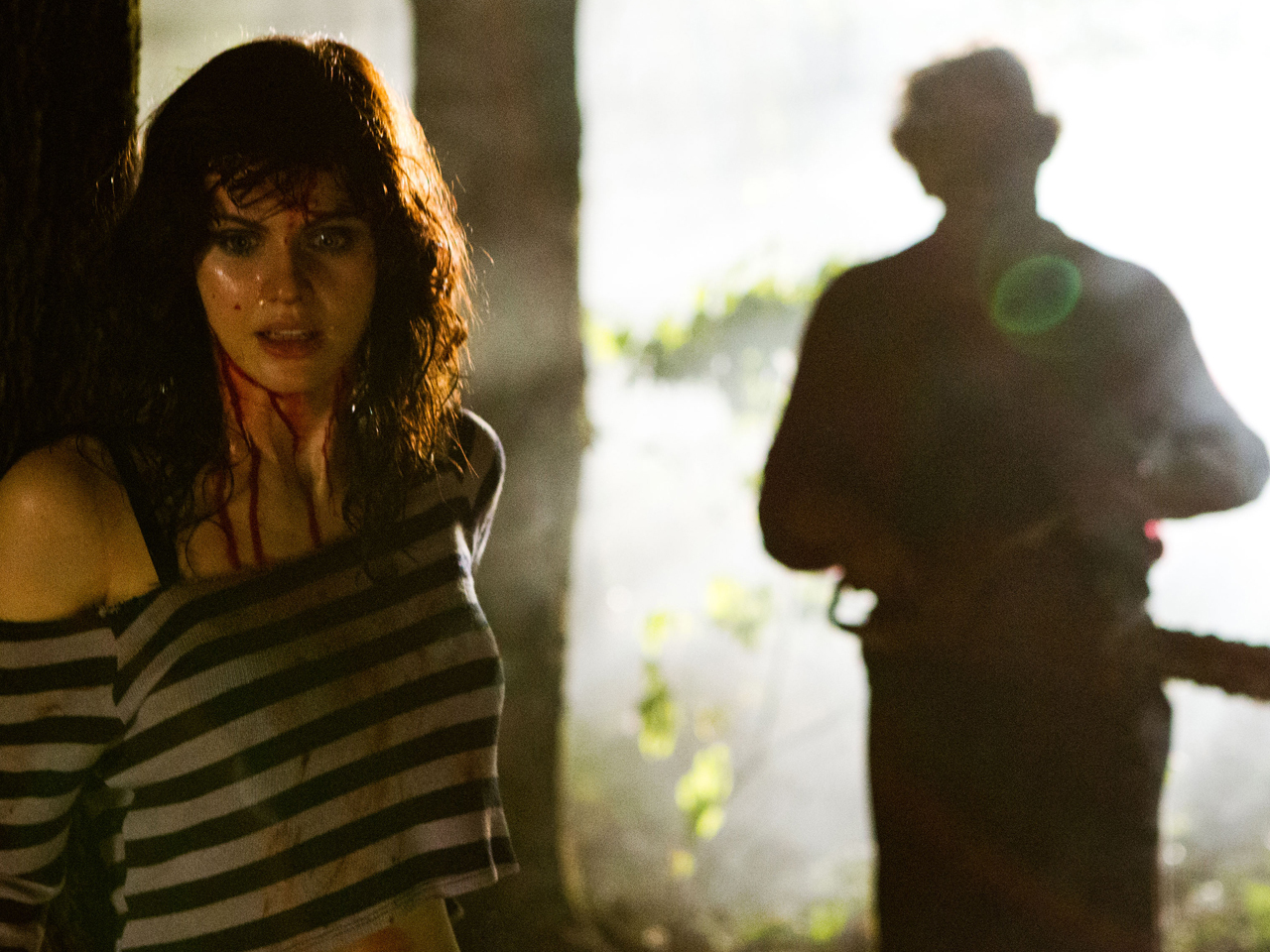 It took Leatherface and his chainsaw to chase tiny hobbit Bilbo Baggins out of the top spot at the box office.

Lionsgate's horror sequel "Texas Chainsaw 3-D" debuted at No. 1 with $23 million, according to studio estimates Sunday. The movie picks up where 1974's "The Texas Chainsaw Massacre" left off, with masked killer Leatherface on the loose again. The film, though, earned just a C+ on Cinema Score and cost $20 million to produce.

Quentin Tarantino's revenge saga "Django Unchained" held on at No. 2 for a second-straight weekend with $20.1 million. The Weinstein Co. release raised its domestic total to $106.4 million.

After three weekends at No. 1, part one of Peter Jackson's "The Hobbit" trilogy slipped to third with $17.5 million. That lifts the domestic haul to $263.8 million for "The Hobbit." The Warner Bros. blockbuster added $57.1 million overseas to bring its international earnings to $561 million and its worldwide total to about $825 million.

Also passing the $100 million mark over the weekend was Universal's musical "Les Miserables," which finished at No. 4 with $16.1 million, pushing its domestic total to $103.6 million.

"It's one of those that survives each generation. It's something that continues to come back and entertain its audience," said Richie Fay, head of distribution for Lionsgate.

"Texas Chainsaw" drew a hefty 84 percent of its business from 3-D screenings. Many movies now draw 50 percent or less of their revenue from 3-D screenings, but horror fans tend to prefer paying extra to see blood and guts fly with an added dimension.

In narrower release, Matt Damon's natural-gas fracking drama "Promised Land" had a slow start in its nationwide debut, coming in at No. 10 with $4.3 million after opening in limited release a week earlier.

Released by Focus Features, "Promised Land" stars Damon as a salesman pitching rural residents on fracking technology to drill for natural gas. The film widened to 1,676 theaters, averaging a slim $2,573 a cinema, compared with $8,666 in 2,654 theaters for "Texas Chainsaw."