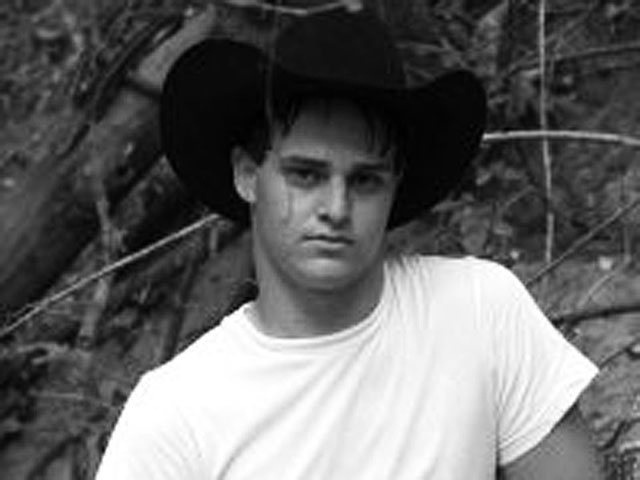 (CBS) Hardeman County, Texas - If Roddy Dean Pippin lived in the 1800's his request to be hanged at high noon in the town square for stealing cattle would be granted without a second thought - unfortunately for Pippin, it's 2011, and even in Texas cattle rustling isn't a capital crime.

Pippin claims he will die in prison - one way or another - due to a rare and severe type of diabetes, and he would rather do it his way. He also claims that the district attorney, and at least one of his victims, agrees with him, according to the motion he filed with the court, obtained by The Texas Tribune.

Pippin's story begins is 2004 when he was arrested for stealing cattle along with eight other friends. A skinny diabetic raised on Louis L'Amour novels, Pippin dressed like Roy Rogers at school and was eager to prove to classmates he was just as tough as they were.

Inspired by tales of cattle rustlers from decades past, he blazed a trail across dozens of ranches in Oklahoma and Texas, stealing $100,000 in livestock, saddles and "anything that wasn't tied down," recalls District Attorney John Staley Heatly.

His gang of nine nabbed at least 125 head of cattle during an 18-month spree, making it one of the largest rustling operations in the region.

In 2006, Dan Mike Bird, the district attorney in Vernon, Texas who prosecuted Pippin and is now a federal judge, told The Washington Times, "out here our opinions about cattle rustlers haven't changed since the frontier days, when cattle thieves were hanged." Of course, he probably didn't mean that he actually wanted Pippin strung up to the nearest oak tree.

Was a man's obsession with a home renovation a motive for murder?

One of Pippin's victims, rancher Wayne Walker, who lost six cows, was equally blunt: "One hundred years ago, he would have been hung in the county square," Walker told the Associated Press in 2010.

Pippin was sentenced in 2004 to four 2-year prison terms to be served consecutively, but soon after being incarcerated his health took a turn for the worse. Pippin's diabetes was a rare and severe form called "brittle" diabetes and he suffered severe seizures and was hospitalized a few times to treat the severe diabetic reactions.

He served one term and most of the second before the courts granted him medical leave in the form of "shock probation" which was essentially house arrest at his mother's house. His health improved over the next two years and in 2009 he then turned himself back over to the department of corrections to serve out what he believed was the last two years of his sentence.

But the Department of Corrections doesn't do the same math as Pippin and says that he still has another two years to serve on top of that. Pippin says he won't live that long.

Pippin requires six or more insulin injections a day, and nearly around-the-clock care. "My eyesight is starting to go," Pippin told the AP in 2010 at the Jester 3 Unit of the Texas Department of Criminal Justice near Richmond, Texas. "I can't feel my feet, my lower extremities."

"My sugar is so high my body is shutting down," he said. "Every day is flirting with death, basically."

So Pippin has decided to flirt back, and filed a motion for the courts to order his execution. He has a few simple requests: He wants to die with his boots and spurs on, astride his horse in the town square; he wants to be able to build the gallows from which he will hang; and he wants a 72 hour conjugal visit with his wife, Jacie.