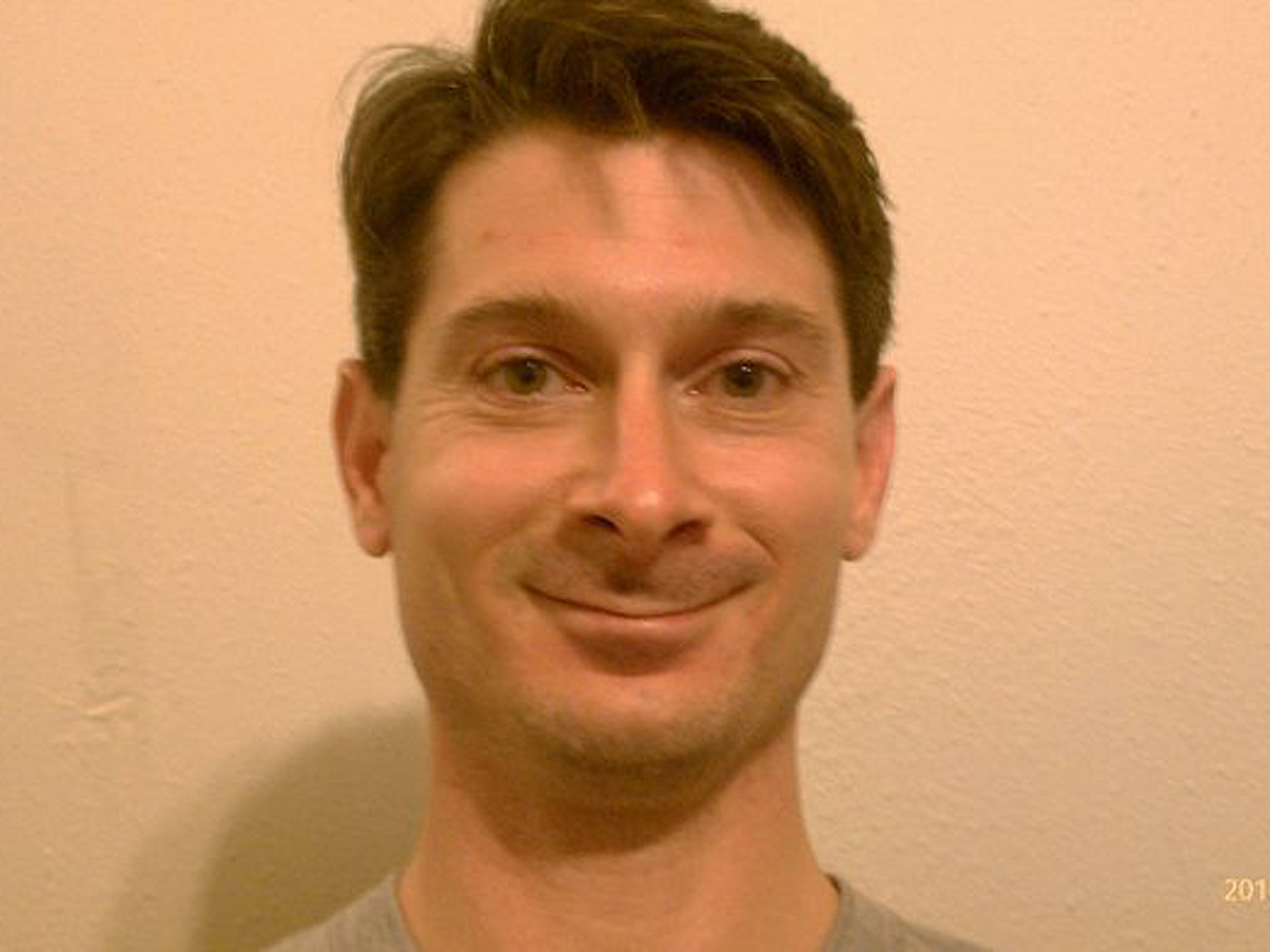 (CBS/AP) COLLEGE STATION, Texas - The shooting that took the lives of three people began Monday afternoon when a county law enforcement official arrived at the home of Thomas Alton Caffall to serve an eviction notice.

For nearly 30 minutes, police exchanged shots with Caffall as a neighbor, a former Army medic, waited with frustration for the all-clear so he could tend to the injured constable.

Bachmann, a police instructor, one-time Officer of the Year and a married father of two, had been mortally wounded. So was Chris Northcliff, 43, of College Station, who was outside and apparently caught up in the gunfire.

Caffall too was shot and later died at a hospital.

Police wouldn't speculate on what sparked the shooting and it wasn't immediately clear who shot whom.

A neighbor and former medic, Rigo Cisneros, called 911 when he heard the shooting. In video shot on his cellphone showing police officers running into the house, Cisneros, 40, can be heard asking an officer if an ambulance is coming and if he can meanwhile tend to Bachmann's wounds. The officer tells Cisneros he must wait until the shooting scene is secure.

Cisneros told The Bryan-College Station Eagle that by the time he was allowed to approach Bachmann's body, it was too late.

"I performed CPR. There were no vital signs on the constable when I got there," he said. "He took one clear gunshot wound to the chest."

Cisneros said he also went to Caffall, who was shot several times but still conscious.

"I was asking him questions, like if he knew he was allergic to anything," Cisneros said. "He looked up at me and asked me to apologize to the officer that was shot."

Details about Caffall were slow to emerge.

Officials at Texas A&M, the 50,000-student school that dominates the city 100 miles northwest of Houston, said he was neither a student nor school employee. Police said he had been renting the home where he was staying.

Caffall's sister said Monday night that the family was shocked by the violence.

"Our hearts and prayers go out to the families and this is just a senseless tragedy," said Courtney Clark, reached Monday evening at her mother's home in Navasota, about 20 miles to the south. "We are just distraught by the havoc that he has caused."

Besides the three fatalities, a 55-year-old woman also was wounded and was hospitalized in serious condition. Her name had not been released by Monday evening.

Another officer, Justin Oehlke, was treated for a gunshot wound in the calf and was in stable condition, police spokeswoman Rhonda Seaton said. Two other officers - Brad Smith and Phil Dorsett - were treated for "shrapnel injuries" and released, Seaton said.

Bachmann had worked more than 19 years in law enforcement, according to the Texas Commission on Law Enforcement Officer Standards and Education. He had been a constable since January 2011.

Constables are law enforcement officers similar to sheriff's deputies who are elected to serve in specific county precincts. They primarily serve civil warrants and official paperwork or act as courtroom bailiffs.

Texas A&M issued an emergency alert warning students and residents to stay clear of the area although most students weren't on campus because the fall semester doesn't start until later this month.

Diana Harbourt, 27, whose house is about a block away, said she had just come home for lunch when she and her boyfriend heard five, loud-popping sounds.

"I just thought it was somebody moving wood or stacking something," Harbourt said. "Then we heard more sirens and more officers and fire trucks came and they were keeping their distance, kind of slowly moving in. More officers showed up and told us to stay inside. ... The fear didn't hit me until after the fact, especially when I found a bullet hole in front of my house."

Texas Gov. Rick Perry, an A&M alumnus, said at an event in Florida that his "prayers are with any of those that have been injured." A&M President R. Bowen Loftin issued a statement calling Monday a "sad day in the Bryan-College Station community."