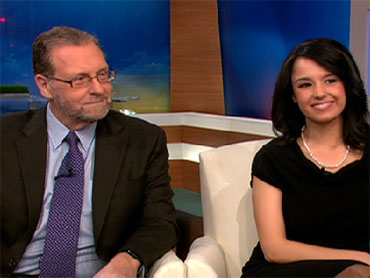 Technology is changing the way we travel. Smartphones and travel-related applications are making it easier to track flights, book reservations and navigate unfamiliar territory. But gadgets are prone to glitches, and there's always a risk that technology will fail. CNET Senior Editor and "Early Show" contributor Natali Del Conte and CBS News Travel Editor Peter Greenberg discussed the pros and cons of travel technology on The Early Show.

How often do you find yourself standing at the ticket counter digging through your briefcase or pants pockets looking for your boarding pass?

Now major airlines such as Continental, American Airlines and Delta are using a paperless boarding passes where customers receive an electronic version of the paper boarding pass barcode in an e-mail.

Greenberg said, "A number of airlines are allowing you to actually swipe your phone at the gate, and that becomes your boarding pass."

But Greenberg warned that there are a few pitfalls to avoid when relying on your cell phone.

"We all know technology can and does go wrong, so you need to have a backup plan," said Greenberg. "Gather the necessary phone numbers, and store them in your cell phone so they're all in one place. But anything you're going to need while you're traveling -- airline numbers, hotel phone numbers, car rental numbers, etc. -- have them all available."

Greenberg also cautioned against forgetting travel agents. If your flight is canceled or there's a delay, your phone may not be able to provide you with the information you need.

"I'm one of those guys who believes that technology should never take precedent over common sense. The technology doesn't think creatively; it thinks linearly," said Greenberg. "Any time my only choice is a kiosk, I panic. I really like talking to a two-word concept we've forgotten -- it's called a human being."

"Southwest was the first airline to introduce an iPhone app," said Del Conte. "It sends alerts to your phone with deep discounts on fares, which is another way to entice customers to do business using their phones."

"Hilton has a new iPhone application where you can check in to your hotel on your phone. You can choose a pillow -- say if you need a hypoallergic pillow or bedding," said Del Conte. "You can also order room service. And when you're ready to check out, you just do it on the phone and take off."

Del Conte mentioned that car rental agencies now allow you to make reservations by punching the information into your phone.

These applications are really catching on. Both airlines and hotel chains are reporting an uptick in the amount of reservations being made with smart phones. But Greenberg said that your phone can only do so much.

"As good as that is, it basically gets rid of human contact," said Greenberg. "And the problem is what's the word 'hospitality' without human contact? It's nice to have the technology, but when it all goes wrong, you better have someone to talk to."

There are even phone applications for organizing itineraries and travel guide services.

"You create your own account and simply send all your confirmation e-mails for flights, hotels, car rentals, etc. to one e-mail address, and the app organizes them all into one master itinerary, which you can easily access and share with friends and family," said Del Conte.

Once you've arrived at your destination, the FourSquare application can help you orient yourself.

"Say you're in an unfamiliar city, and you're looking for cool places to eat and hang out, FourSquare will use your phone's GPS technology and get that info for you," said Del Conte. "It also acts as a social networking tool, with the ability to locate friends in the area."

Del Conte also brought along two new devices that travelers are sure to appreciate.

She said the new Panasonic Lumix camera is great for travel albums. Its 12-megapixel wide-angle lens and 12x zoom translates into great quality pictures. The Panasonic Lumix also comes with a built-in GPS system, which means it can geo-tag all the photos you take.

"When you activate the GPS device, you can have the camera retrieve the information for your current location, so you're no longer going through your photos wondering where each one was taken," said Del Conte. "It'll tag the location for your photos as well as display country, state, city, and landmark information."

Del Conte also recommended the new smartphone by Nokia, which has a mapping feature called Ovi Maps. Ovi Maps has download and stored maps from over 180 countries, so you don't have to have a connection to a cell network to access directions.

"[Ovi Maps] are turn-by-turn, voice activated, and load faster because of the refresh rate," said Del Conte. "And they have optimized walking directions, if you want to cut through buildings or public parks."