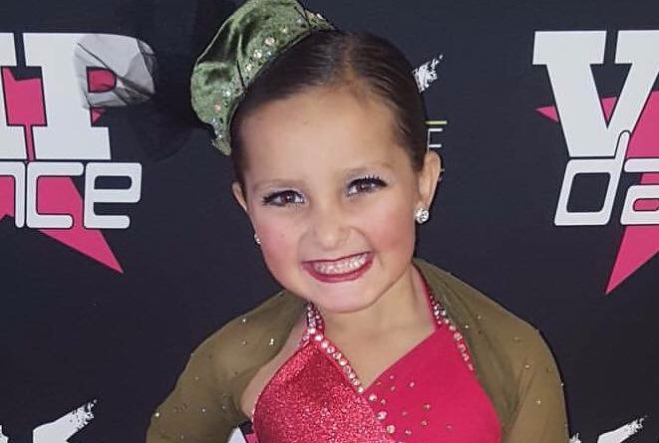 A 6-year-old girl and active competitive dancer has lost part of her leg as the result of a rare infection.

Earlier this month, Tessa Puma of Northfield, Ohio, came down with a case of strep throat and she later developed the flu.

“These illnesses manifested into a terrible infection that resulted in the loss of her left leg,” the family wrote on a fundraising page set up through YouCaring.

According to the CDC, it is a serious bacterial skin infection that spreads quickly and kills the body’s soft tissue. Commonly referred to as “flesh-eating infection” by the media, the disease can be caused more than one type of bacteria, including group A Streptococcus (group A strep), Clostridium, Escherichia coli (E. coli), and Staphylococcus aureus. Group A strep is the most common cause of necrotizing fasciitis.

Generally, these infections are mild and can be easily treated, but in certain cases, the bacteria can spread rapidly through the body.

Besunder told the Akron Beacon Journal that the bacteria got into Tessa’s bloodstream and traveled to other parts of her body, including her left arm, shoulder and back. It destroyed most of the muscles and tissues in her left leg below her knee, which is why doctors needed to amputate part of it.

“In the 28 years that I’ve been teaching dance this is the most devastating thing we’ve had to go through,” she said. “We understand that passion that she has and that joy that she’s brought us just from watching her dance and being around her has been extraordinary so this has been a huge hit to our whole dance family.”

On Monday, Tessa’s mom, Tina Puma, announced on Facebook that Tessa’s surgery was successful and that she was responding well to her family. She also has hope Tessa will get back to dancing soon.

“We played her company dance songs for and she was responding to that as well!! Dance is a huge part of her life as you all know, and I’m telling you this will absolutely not stop her from chasing her dreams,” she writes. “Thank you all again for all your support!”