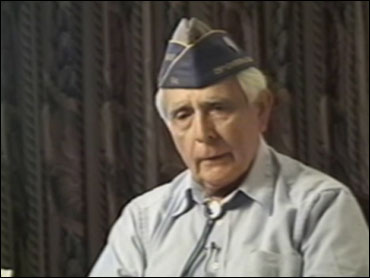 His name is Abubakar Ba'asyir and for the thousands who rally to his call, his message is blunt: Kill the Israelis. Join the mujahaddin. Fight America. Respect Osama. Allah directs this.

Back at his school in central Java, where he gave CBS News his first ever interview with American television, he says there's a war going on between America and Islam.

He looks like a kindly grandfather, but intelligence sources in Southeast Asia label him a terrorist, the spiritual leader of a group with direct connections to al Qaeda - a group called Jemaah Islamiah.

Hambali and Ba'asyir are old friends.

"When I met him five years ago, he was a good Islamic teacher. He is not a terrorist," said Ba'asyir.

"The United States attacked Afghanistan without reason. They are the terrorists," said Ba'asyir.

A school located in the heart of Indonesia is called al Muk-Min - The Believers. But here they don't believe in democracy. They are taught to fight for only one kind of Indonesia: a fundamentalist, Islamic regime.

The gamble here is that democracy will be far more appealing to this nation's Muslims than anti-western, Islamic fundamentalism. And, if so, democracy could turn Indonesia from a wary friend into a strong U.S. ally. So, for America, the most useful weapon in the war on terrorism in Indonesia may be patience.