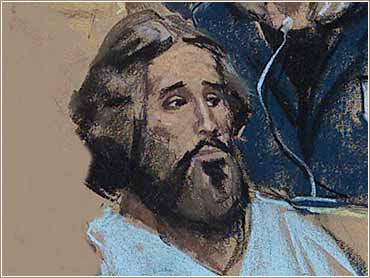 Nearly 200,000 people will attend the World Series and NASCAR races in Phoenix this weekend, and CBS News Correspondent Vince Gonzales reports security will be the tightest in the history of Arizona — a state, law enforcement officials admit, that has a history of attracting terrorists.

"There are terrorists among us," said Pima County Sheriff Clarence Dupnik. "I think Arizona probably has a disproportionate share of those kinds of people because we have a number of things that are conducive to terrorists coming to Arizona."

Three of the men believed to have hijacked the jet that slammed into the Pentagon lived in Arizona and learned to fly there. A fourth suspect, on the plane that crashed in Pennsylvania, also had an Arizona address.

Phoenix pilot Lotfi Raissi, arrested after the attacks, allegedly took part in the plot and taught the hijackers how to fly in Arizona, where flying weather is perfect year round.

In fact, according to a government watchlist, investigators have questioned or detained numerous Arizona residents and are looking for many more.

One report says agents are seeking an Afghan pilot who reportedly applied for a crop duster license.

"Where they are, I don't know," said Sheriff Dupnik. "They may still be in Tucson, maybe they're in Phoenix.

It's easy for terrorists to hide in Arizona, one of America's fastest growing states.

"We already have a fairly substantial Middle Eastern population that they can blend into," said Dupnik.

Bin Laden's organization has a history of blending into Arizona.

Former Tucson resident Wadih El-Hage was recently sentenced to life for his role in the African Embassy bombings, a bin Laden operation.

El-Hage also bought weapons for terrorists convicted in the first World Trade Center bombing. He helped buy a passenger jet from an Arizona Air Force base for bin Laden and later became his personal assistant.

El-Hage has also been connected to the 1990 stabbing death of a Tucson mosque leader. Rashad Khalifa was hated by Muslim extremists opposed to his teachings. His murderer was never caught, but El-Hage, who was indicted for lying about the case, called the assassination "a good thing."

Long before bin Ladin, terrorists called Arizona home. Palestinians targeting the White House and Israel's prime minister in 1981 got their explosives in Phoenix. Even the man executed for what is now the second-worst terrorist attack on U.S. soil, Timothy McVeigh, tested his bombs in the Arizona desert.