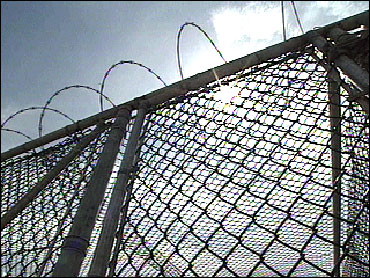 The United States and its supporters in the war against terror are flouting human rights in the blind pursuit of a global security agenda that has made the world more dangerous, Amnesty International said Wednesday.

The White House dismissed the report.

Irene Khan, secretary general of the human rights group, said the abuse of Iraqi prisoners by U.S. troops was the logical consequence of a policy by President Bush's administration "to pick and choose which bits of international law it will apply and where."

Khan condemned terrorist assaults by groups such as al Qaeda but said the response to those attacks by the U.S.-led "coalition of the willing" was driving the most sustained erosion of human rights and international law in 50 years.

"As a strategy, the war on terror is bankrupt of vision and bereft of principle," Khan said at the London launch of Amnesty International's annual assessment on human rights.

"Sacrificing human rights in the name of national security, turning a blind eye to abuse abroad and using pre-emptive military force where and when the powerful choose to act has damaged justice and freedom, and made the world a more dangerous and divided place," she added.

Mr. Bush has said his concern for human rights was one of the reasons for the invasion of Iraq. In an interview published earlier this year, the president is quoted as saying "No president has ever done more for human rights than I have."

Amnesty International said it wrote to the British and U.S. governments a year ago detailing reports of torture, ill-treatment, deaths in custody and other abuses in Iraq.

"We have some form of response from the British and none to this date from the Americans," she said. "It seems that accountability in Washington D.C. is better generated by Kodak."

The recent publication of photographs of U.S. troops torturing and humiliating Iraqi prisoners at Abu Ghraib prison in Baghdad was met with international condemnation and has led to criminal charges against some of the soldiers involved.

Amnesty said it was denied access to both Abu Ghraib and Guantanamo Bay in Cuba, where the United States is holding hundreds of foreign nationals in indefinite detention, despite repeated requests.

The human rights group said it has received credible reports that a Chinese government delegation was sent to Guantanamo in September 2002 to help interrogate Uighur Muslims being held there with techniques including standing for long periods and sleep deprivation.

The report criticized several governments, including those of Spain, France and Uzbekistan, which it said have introduced "regressive" anti-terrorist legislation and restrictions on freedom since the Sept. 11, 2001, terror attacks.

Britain was singled out for holding 14 foreign nationals under anti-terrorism laws that allow indefinite detention without charge of trial. The laws have been criticized by lawmakers, civil rights groups and Muslim associations.

British police disclosed last month that more than half the 572 people arrested in anti-terror raids in Britain since Sept. 11, 2001 have been released without charge, and fewer than one in five have been charged with terrorism-related offenses.

The report also said that Iraq and the war on terror have obscured the greatest human rights challenge in recent history — the tendency of many developing countries to spend billions of dollars a year on weapons instead of tackling poverty.

The report named several countries, including Zimbabwe, Myanmar and Cuba, where Khan said "old fashioned repression" continued unchecked. All in all, it claims that 132 countries engage in torture and ill treatment of prisoners, reports CBS News' Larry Miller.

In the Middle East, it noted that the Israeli army killed around 600 Palestinians, including more than 100 children, allegedly unlawfully.

In Russia, it said that security forces continued to act with virtual impunity in the conflict in the Chechen Republic, where there are ongoing reports of torture and disappearances of dissidents.

The report also noted some good news — improvements in human rights in Latin America, the willingness of the U.S. Supreme Court to scrutinize the cases of some of the war on terror detainees and the adoption of new laws on women in parts of the Arab world.

But Khan said there is a risk that U.N. Millennium Development Goals such as reducing child mortality and halving the number of people without access to clean water, will not be achieved because resources have been diverted to the war on terror.