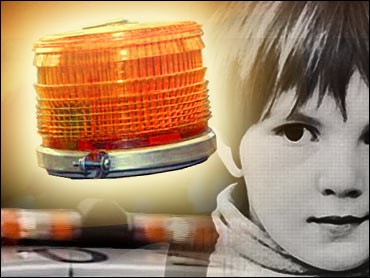 Children are not adequately protected under plans designed to keep them safe and healthy in a terrorist attack or natural disaster, a government advisory panel says.

The National Advisory Committee on Children and Terrorism said federal, state and local agencies should incorporate the unique needs and vulnerabilities of children into disaster plans at every stage of preparation and response.

"Protecting children and families should be at least as important as protecting bridges and buildings," Dr. Angela Diaz, committee chairwoman, said in a letter last week to Health and Human Services Secretary Tommy Thompson.

There are more than 70 million children under age 18 in the United States, and more than 22 million are 5 and younger, according to Diaz. "In a terrorist attack, these children would be among the most vulnerable populations in our society," she said.

As recently as 1997, the Federal Emergency Management Agency said no state disaster plans dealt specifically with the needs of children, Diaz said. She said a recent study showed that only about 20 percent of hospitals have access to pediatric emergency doctors, and most emergency personnel have little pediatric training or experience.

The report said a public health strategy for children in planning and responding to terrorism will require review of all Health and Human Services Department disaster programs and guidance to require that a specific focus be placed on meeting the needs of children and families.