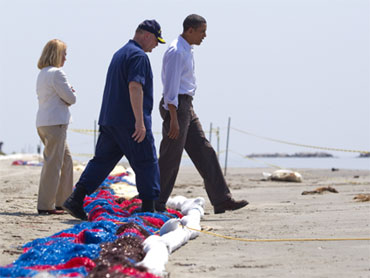 Chief Amsterdam prosecutor Leo de Wit said the suspect, identified as Mohammed B., faces at least six counts, including charges of murder and "participating in a criminal organization with terrorist characteristics."

It was the first time authorities characterized Tuesday's slaying as a terrorist act.

The suspect, a 26-year-old with dual Dutch and Moroccan citizenship, is to be arraigned later Friday.

Authorities have arrested nine suspects, including the chief suspect, in connection with Van Gogh's murder and are looking into possible links between the suspects and foreign terrorist groups.

Amsterdam Mayor Job Cohen said he and his deputy, Ahmed Aboutaleb, have been given additional protection since discovering a letter left by Van Gogh's murderer threatening the lives of several prominent political figures.

A letter pinned to Van Gogh's body included a direct threat to Hirsi Ali. The Somali-born lawmaker wrote the script of a film Van Gogh directed that criticizes the treatment of women under Islam, and Van Gogh received death threats after the film was released in August.

Cohen complained that prior to the murder Tuesday, he had not been adequately informed of the threat in his city.

"I want to know what's going on in Amsterdam. If there are people recruiting for Islamic fundamentalism, then I want to know," he said. "There are a great many groups of Muslims who reject this like everyone else."