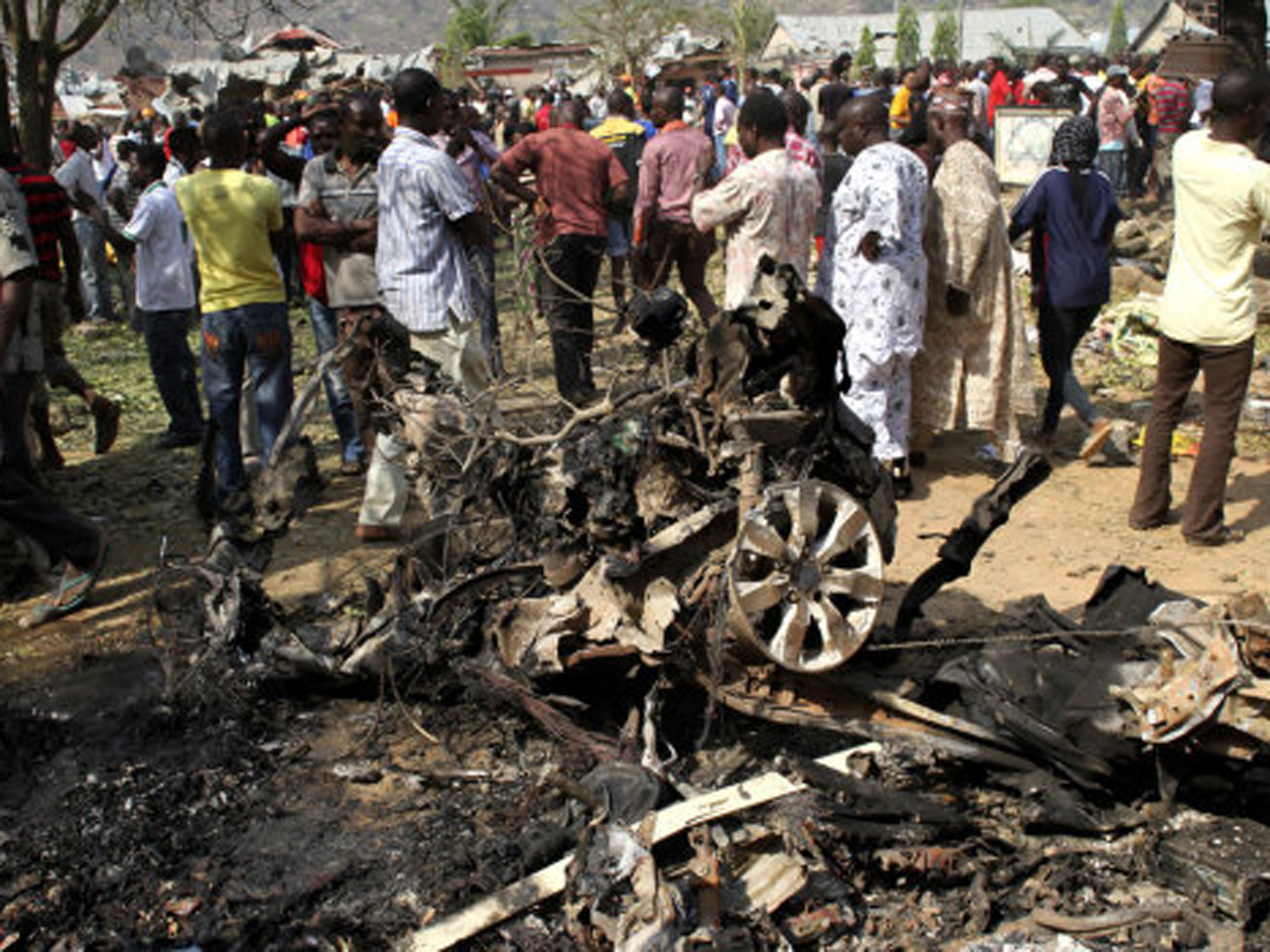 LAGOS, Nigeria — Boko Haram's insurgency started with robed men on motorcycles killing their enemies one at a time across Nigeria's remote and dusty northeast. Now the radical Muslim sect's attacks have morphed into a nationwide sectarian fight.

They're taking on strategic targets like the country's United Nations headquarters and are striking on symbolic days — including Christmas attacks now two years in a row.

The terror group, some of whose members have links to al-Qaida, wants to impose Islamic Shariah law across Nigeria — a country divided into a mostly Muslim north and a largely Christian south.

Boko Haram's widening terror attacks, though, are only further intensifying religious divisions in Nigeria. In this nation of more than 160 million people, thousands have died in recent years in communal fighting pitting machete-wielding neighbors against each other.

Nigeria's president, who is a Christian, met Tuesday with the country's top spiritual leader of Muslims in a bid to ease the tensions and to show a united front against extremism.

Is Making It Up A Crime?

But already part of a major Nigerian Christian group is urging its members to defend themselves, raising the specter of retaliation. The northern states that are part of the influence Christian Association of Nigeria have called for Christians to be law-abiding but warned that "the situation may degenerate to a religious war."

Religious differences have caused blood to spill before and also dictate politics. After independence from Britain in 1960, Nigeria largely remained held by Muslim military rulers from the country's north.

Current President Goodluck Jonathan, a Christian from a minority tribe in the country's oil delta, has faced political troubles since he took over following the death of President Umaru Yar'Adua, a Muslim whom northerners assumed would have two terms.

Religious leaders in Nigeria's north are pledging to fight extremism, but some have previously worked with government security agencies to release known terror suspects, according to leaked U.S. diplomatic cables.

Among those let go during this period was the mastermind of the U.N. bombing, according to governmental sources who spoke to The Associated Press on condition of anonymity because of the sensitivity of the matter.

While Muslims largely abhor the violence of Boko Haram, many privately agree with the anger felt in Nigeria's arid north, where unemployment in some areas sits as 70 percent and opportunities for an education remain few.

The same federal government that cannot provide the country with electricity and clean water steals billions of dollars a year in oil revenues.

And as the government fails to provide security for Nigerians, groups continue to arm themselves.

"Each day, Nigerians are forced to accept new depths of crudity and violence as the norm," columnist Okey Ndibe wrote in Tuesday's edition of The Daily Sun newspaper. "We are in danger of becoming a country where the slaughter of hundreds, even thousands, of defenseless citizens is deemed a normal fact of life."