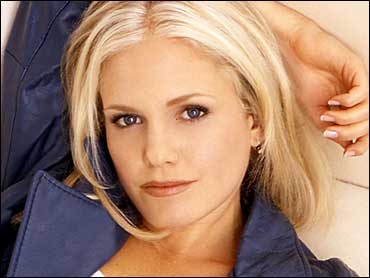 "Just be yourself," Terri Colombino, a regular on "As The World Turns" tells would-be soap-opera actors. "Bring a part of you to the character, because that's really what they're looking for."

She should know. She has been nominated for an Emmy for Most Outstanding Younger Actress.

On Wednesday, she helped with The Early Show's Soap Star Screen Tests for Dustin Price and Buffy Cannon. At the end of the screen-test week, two actors will get roles this summer on "As The World Turns."

Colombino said when she started out, she did not audition for the part of Katie Peretti Frasier. "They ended up liking what I did, not for that particular part but for a different part," she said.

Dustin and Buffy, like the other participants of the Soap Star Screen Test series have had a few lines on "As The World Turns" when the show took to the road last fall for their "Catch Us If You Can" college tour.

Buffy, first actor to audition on Wednesday, was discovered at Rhodes College from which she'll graduate this summer. Dustin actually traveled from his home in Austin, Texas, to audition for and appear on the daytime drama episode in Nashville.

Visit our INTERACTIVE to find out all about the soap star hopefuls, the actual stars and read the scripts. Most importantly, watch their performances and compare them. You get to vote Friday for your favorite performer. The male and female receiving the highest votes will debut in their new roles this summer on "As The World Turns."

Considering that the 10 participants have most of their acting experience on stage, Colombino said, "The preparation is the same. You really want to work on the character. It's fast-moving just as theater is. But we get a couple extra takes. So that's always good."

Though Colombino said it can be nerve-racking doing a live screen test, she said Dustin and Buffy did well.

On Thursday, two more contestants test for their chance at stardom. Joining them will be Mark Collier, who plays construction worker Mike Kasnoff on "As The World Turns."