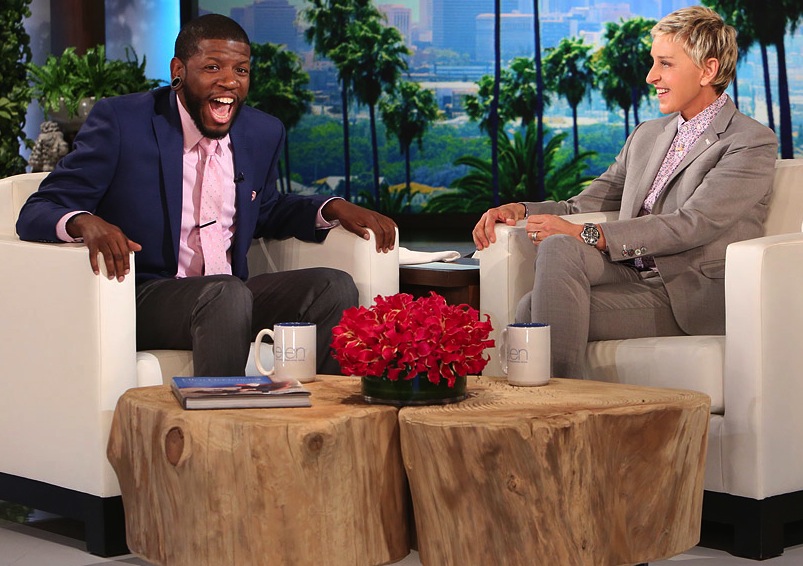 Ellen DeGeneres sure knows how to make a comic's day.

Last July, 32-year-old comedian Quincy Jones was diagnosed with stage 4 mesothelioma and told he had a year to live, which prompted him to launch a Kickstarter campaign to realize his dream of starring in a stand-up special.

The campaign caught the attention of Ellen DeGeneres, who had Jones on as a guest last week, and on Sunday the Kickstarter campaign concluded, bringing in more than $50,000 in donations. But DeGeneres wasn't done with Jones just yet.

On Monday's show, DeGeneres surprised Jones with the new that his stand-up show will have a much larger audience than he previously thought. "Here's the thing that you mentioned last time, you want to do a comedy special," DeGeneres said. "So what you don't know [is that] we called the head of HBO. And your people didn't even tell you this, but HBO is going to air your special."

Jones was, understandably, quite moved by the news.

His special will be taped April 4, 2016 at the Telegram Ballroom in Los Angeles.