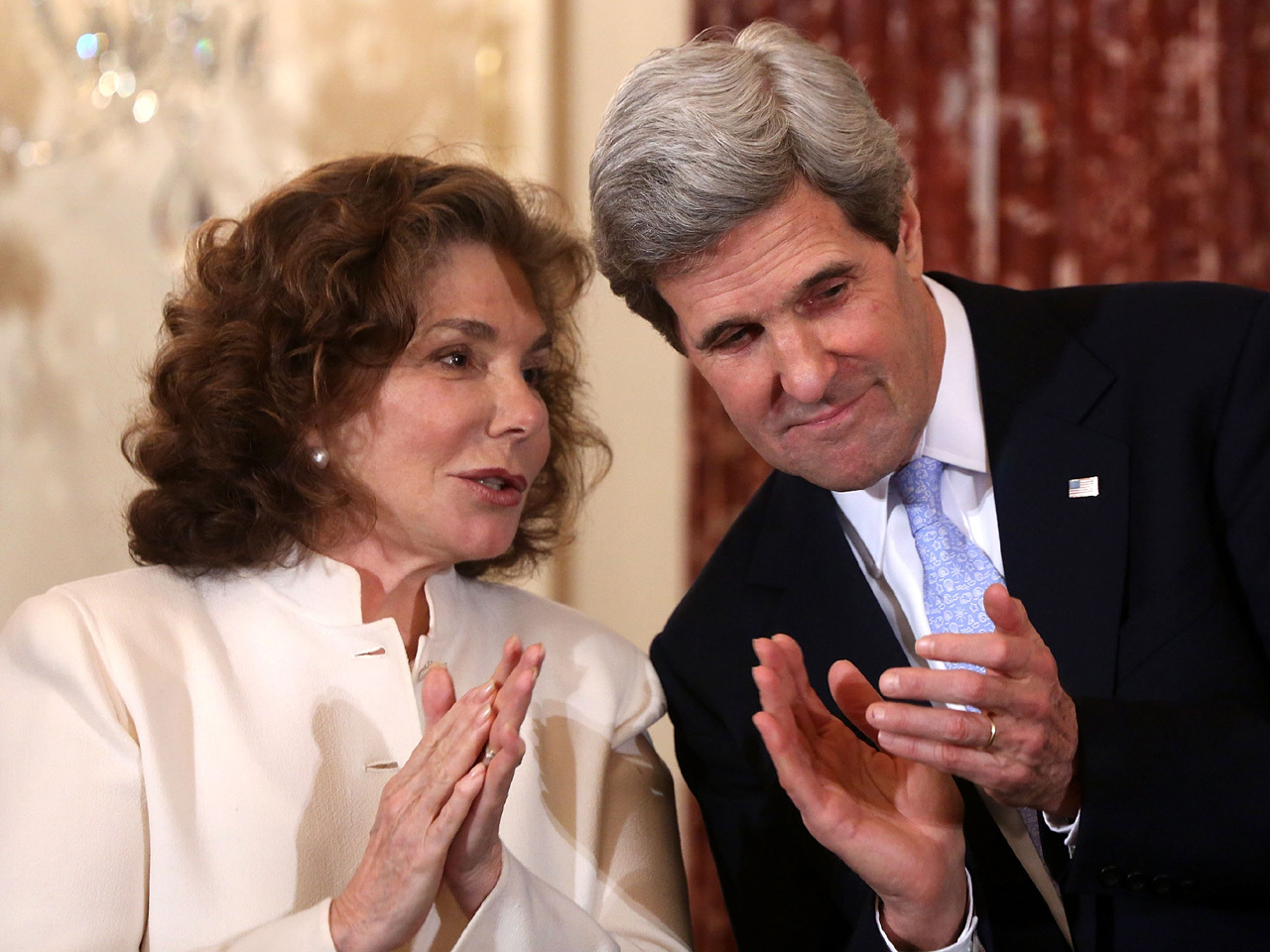 Secretary of State John Kerry's wife, Teresa Heinz Kerry, who was hospitalized after suffering a seizure on Sunday, has been upgraded to "good" condition and was moved to a rehabilitation facility Thursday, a spokesman said.

"Teresa Heinz Kerry and her family are very pleased that her condition has been upgraded from 'fair' to 'good,' allowing her move today from Massachusetts General Hospital to Spaulding Rehabilitation Hospital in Boston for the next phase of her recovery," State Department spokesman Glen Johnson said in a statement.

"Doctors have concluded that Mrs. Heinz Kerry suffered a seizure on Sunday, but they are still determining its precise cause," he added.

Doctors have ruled out several possible triggers for the seizure-like symptoms including heart attack, stroke, or a brain tumor, spokesman Glen Johnson said in a statement.

Heinz Kerry was initially hospitalized on Nantucket Island in Massachusetts Sunday while vacationing with her husband and was later transferred to Massachusetts General Hospital in Boston for further tests.

"We are blessed to have so many people care about Teresa, and by the continued grace of God and the prayer of everybody, she will soon share herself just how much she appreciates every last expression of kindness directed toward her and our family," John Kerry said in a statement.

Johnson said Kerry and his wife "want to pay special tribute to the Nantucket Fire Department for its ambulance services, to Nantucket Cottage Hospital for its initial treatment, and to Massachusetts General Hospital, which seamlessly assumed responsibility for her care."

As his wife continues her recovery, Kerry will "split his time between Boston and Washington, and resume his official travel schedule soon," Johnson said.