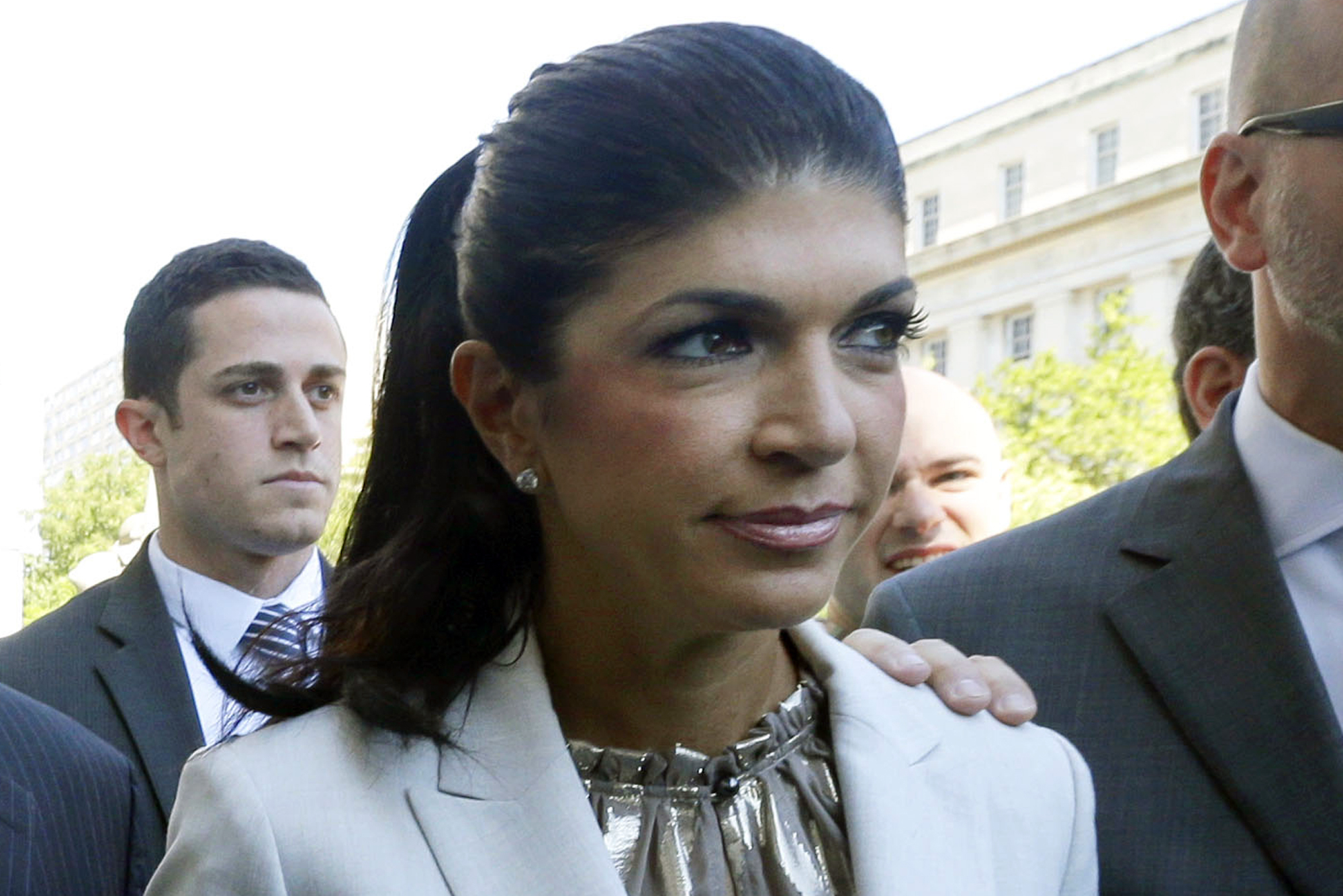 After spending nearly a year in prison, Teresa Giudice hit the red carpet in style on Thursday, and was eager to chat with ET's Jen Peros about being back home with her family.

The 43-year-old "Real Housewives of New Jersey"star never looked better for her first public appearance since her release from prison three weeks ago, and was joined by her 15-year-old daughter, Gia.

The mother-daughter duo basked in the spotlight at the grand opening of fellow "RHONJ"star Melissa Gorga's fashion boutique, Envy, in Montclair, New Jersey.

Gia says she's enjoying having Teresa back home. "It's just a totally different feeling having your mom around," she gushed.

So what was the first thing they did when Teresa finally came home after months behind bars?

"And kissed," Teresa quipped, adding that they also went shopping for clothes for the event.

Teresa, who was released from jail just days before her daughter's 15th birthday, marveled at how much Gia has grown.

It sounds like Gia already has big plans for her milestone birthday, even if she doesn't know exactly what the special day will entail.

"I'm like still thinking about what I want," she admitted.

For more on Teresa's time behind bars and how it impacted her family, check out the video below.