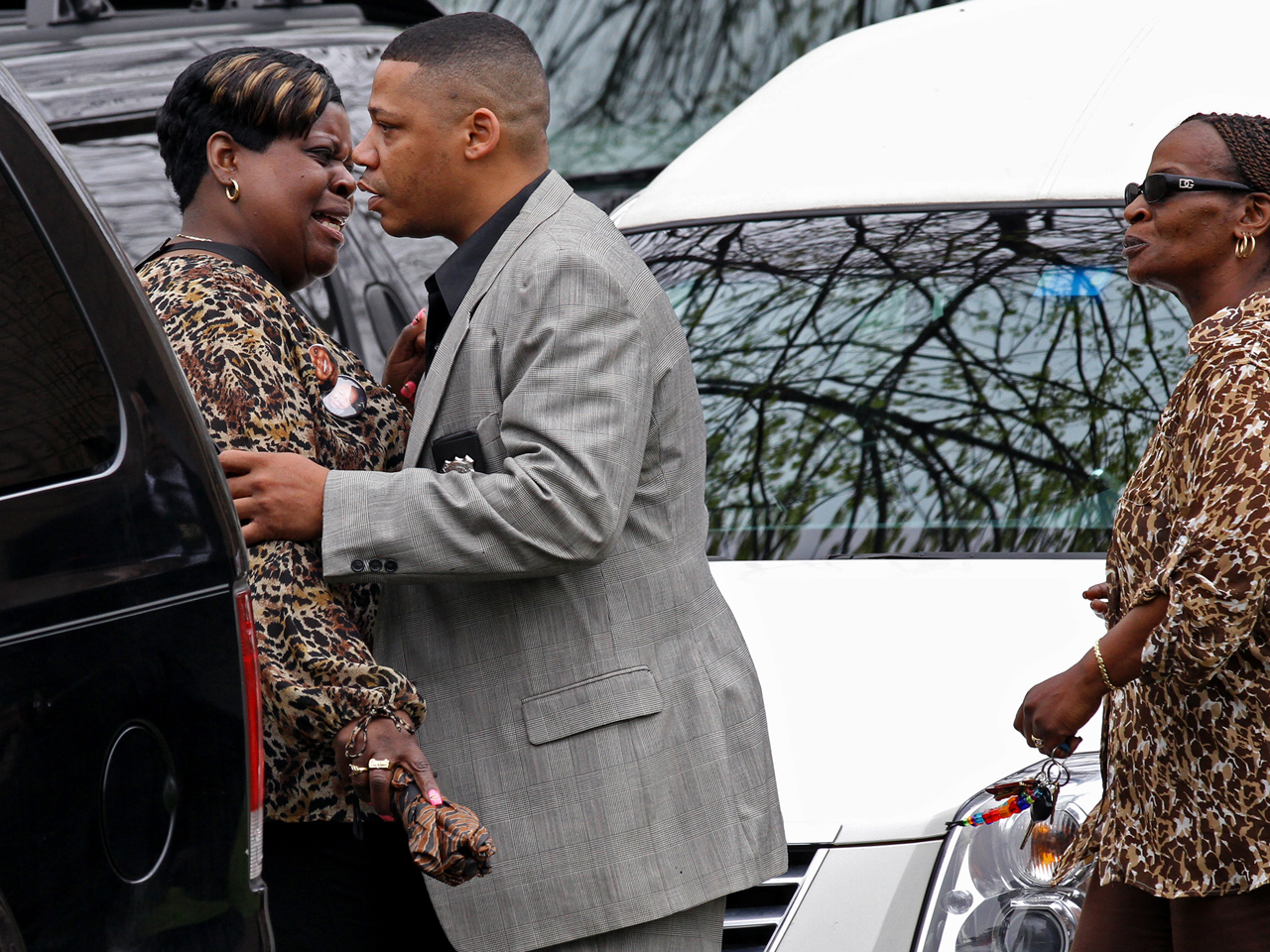 SPRING VALLEY, New York - Tensions erupted Monday between families at a funeral service for three New York children who died when their mother drove their car into the Hudson River.

A relative of the mother walked out of the small funeral home in Spring Valley shouting, "I don't care. This side of the family matters."

Gwendolen Green, a second cousin of the mother, LaShanda Armstrong, said too few of Armstrong's relatives were allowed in to the service, which was organized by the children's father. She said she was "escorted out" of the private service after she stood up for her 17-year-old son who was "manhandled" when he tried to get in.

"The last straw was when they messed with my child," she said.

Armstrong, 25, loaded her four children into a minivan on April 12 after an argument with the father of the three youngest. She drove down a boat ramp in Newburgh into the river. The oldest child, 10-year-old La'Shaun Armstrong, crawled out a window and survived.

Dad of 3 kids killed in NY river: Don't blame me

Armstrong's funeral was Thursday. A joint funeral had been planned for the mother and children, but the father, Jean Pierre, said last week that he would hold a separate service for the children. Armstrong's relatives were angry with the decision.

Mourners arriving for Monday's service were checked against a list before they were allowed inside.

Green said she was not on the list, but she managed to get in.

"You're not going to keep me from going in and seeing my family," she said.

Michael O'Connor, a lawyer for Pierre, denied there was any restriction on guests from Armstrong's side of the family. He said Armstrong's relatives were simply asked to provide a list of guests for police and the funeral home.

"We didn't hear any complaints," in advance, he said.

Green said La'Shaun did not attend the service for his three siblings, Landen Pierre, 5; Lance Pierre, 2; and Lainaina Pierre, who would have turned 1 year old last week.

"It was too much for him," she said. He had attended his mother's service.

The mourners were divided into factions inside the funeral home, Green said.

"You could cut the tension with a knife," she said.

She said Lainaina was wearing a white dress "like an Easter dress" and the boys were wearing dark suits.

The three small white caskets were loaded into a waiting white hearse after the service. The caskets were taken to a cemetery nearby for private burial.

La'Shaun had told the woman who found him after he freed himself from the minivan that Armstrong was distraught over Pierre's cheating.

Green criticized Pierre for "carrying on" during the service.

"You have to do for your children before they die," she said.