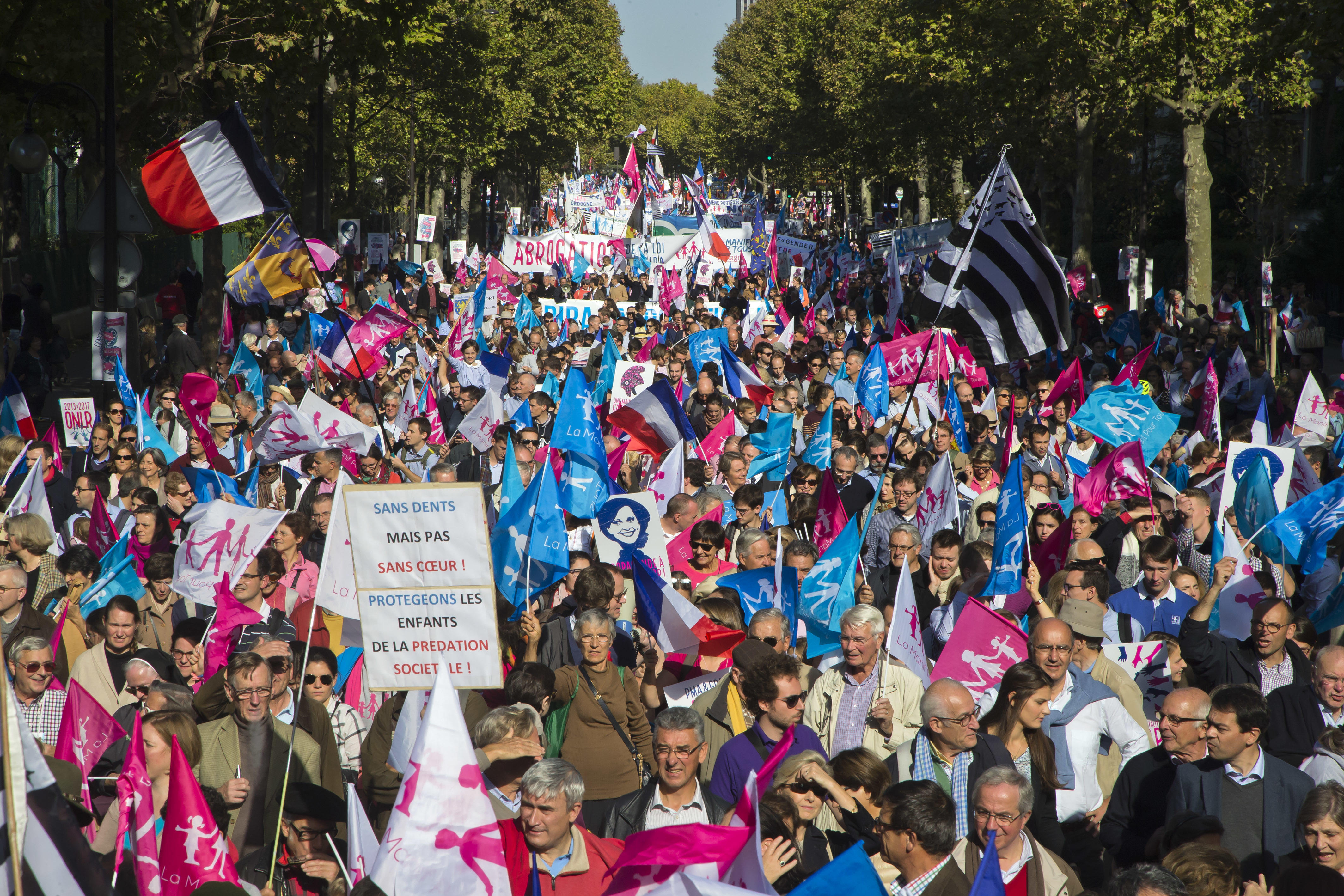 PARIS -- Tens of thousands of people have marched in Paris to call for the repeal of a law allowing gay marriage, six months before France’s next presidential election.

The protesters ended up at Trocadero Plaza, near the Eiffel Tower. Police estimated the crowd at 24,000, while organizers gave a figure of 200,000.

They were also protesting Sunday against the use of assisted reproduction techniques and surrogate mothers to help same-sex couples have babies.

Assisted reproduction is allowed in France only for infertile heterosexual couples and surrogacy is banned.

The group organizing the march presents itself as promoting the traditional family model of “one mother and one father.” It hopes to influence the debate before the presidential election next year.

None of the major candidates in the election attended the march.

A small group of bare-breasted Femen demonstrators briefly showed up Sunday during the march to protest against what they call “homophobia.” The half-dozen Femen protesters were removed by police.

The 2013 law allowing gay marriage exposed deep divisions in French society, prompting big protests for and against such unions.