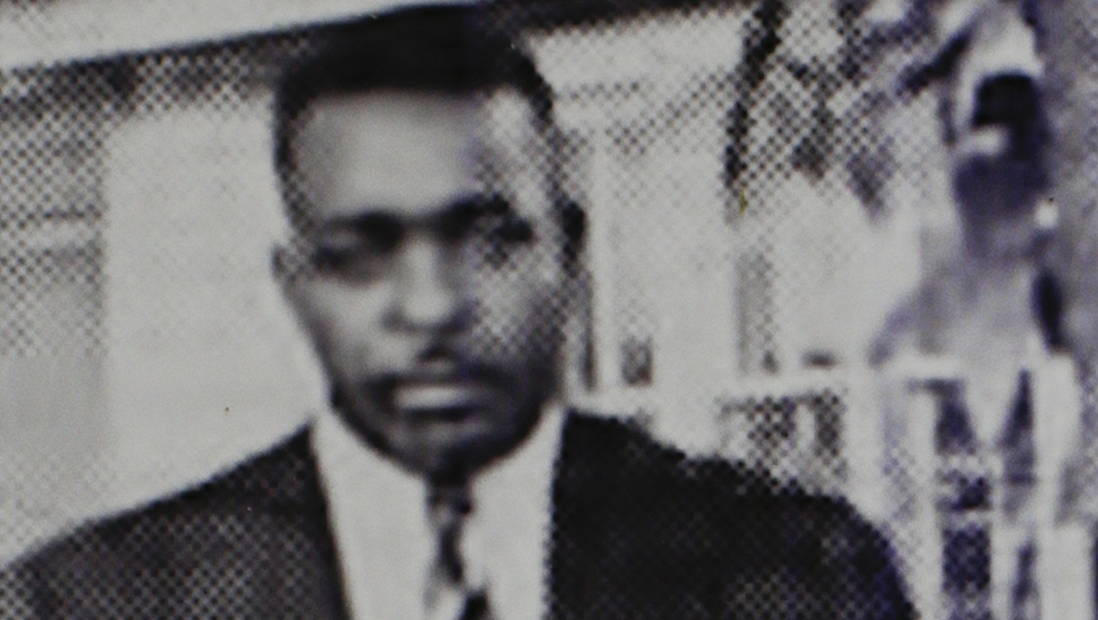 BROWNSVILLE, Tenn. -- Seventy-five years after an NAACP activist was killed in West Tennessee amid a drive to register black voters, a retired white attorney is doggedly searching for answers in the unsolved case - and a shot at justice.

An old black-and-white photograph on Jim Emison's desk haunts him and goads him to right a long-buried wrong.

In the photo, a man named Elbert Williams peers into the camera, along with two dozen other charter members of the NAACP's Brownsville branch, an audacious group of men and women who registered black voters in the early days of the civil rights movement.

Williams would be dead the following year, killed by unknown assailants in Brownsville on June 20, 1940 - martyred for civil rights long before NAACP leader Medgar Evers was gunned down by a Klansman outside his Jackson, Mississippi, home in 1963.

Three-quarters of a century after the death of Williams - a man historians believe to be the first NAACP member killed for daring to speak up for civil rights - the 71-year-old Emison feels compelled to solve the case.

"We should do everything we can do to see who killed this man," Emison said. "If there is anybody in a group that may have done it that's still living, they need to be brought to justice."

Emison's obsession with Williams' death grew more out of what he didn't hear than what he did.

When he was a child, Emison sometimes heard his father, grandfather and uncle - all lawyers - talk about lynchings and other atrocities against African Americans. Once his uncle showed him a tree not far from Brownsville where he said a black man had been hanged.

Emison's relatives seldom discussed the stories behind the crimes - doing so ran counter to a code of silence typical of small Southern towns. White people who knew about violent racist incidents usually didn't share their secrets. Black people who had an inkling kept their mouths shut out of fear.

But Emison said the hanging bothered his father, and he talked to him about it.

His father's uncle had been the Crockett County sheriff. Emison said a mob came to the jail one day in 1929 to seize and lynch an arrested man named Joseph Boxley, who had been accused of assaulting a woman. He said it's unclear whether the mob forcibly took the man, or the sheriff willingly turned over the key. But Emison said he'll never forget his father saying he was afraid his uncle "did not act honorably that night," words that have haunted Emison to this day.

"When it's somebody that's in your family, who may have been able to prevent it and didn't, then that's disturbing," he said.

In 2012, Emison was researching a story he planned to write about a court case when he came across an online article about Williams' killing. Emison ordered FBI and Department of Justice case files from the U.S. National Archives.

The records showed that Brownsville police, upset because the local NAACP branch was registering blacks to vote, had led an effort to force its members out of town.

Some did leave, but Williams stayed behind. When the police got a tip that he was planning an NAACP meeting at his home, a group of men led by police officer Tip Hunter went to his residence, said they needed to question him outside and then took him away. Williams' body was found three days later in the nearby Hatchie River.

No autopsy was performed. A coroner's jury ruled the body was "decomposed so badly we could not make thorough examination" and that the cause of death was believed to be by "foul means by persons unknown."

The Justice Department initially ordered the case presented to a federal grand jury, then mysteriously reversed itself and closed the case in early 1942. It did so in spite of evidence gathered by Thurgood Marshall, then special counsel to the NAACP, who went on to become the U.S. Supreme Court's first African-American justice in 1967.

"It was just like he was discarded; valueless, worthless," Emison said.

He wants the case reopened and Williams' body exhumed. He believes that could lead to a murder weapon, considering Williams' wife - who identified the body along with Williams' father - said she saw what looked like bullet holes in his chest.

Emison even has suspicions about the killers. He recently turned his findings over to Justice Department officials who he said are giving Williams' case serious consideration despite the department's announcement last year that it will likely stop prosecuting civil rights-era murders that occurred in the South.

Williams' slaying wasn't among the cases the Justice Department re-examined in recent years, in part because it hadn't resurfaced until Emison started pushing.

Edward Stanton III, the U.S. Attorney for the Western District of Tennessee, told The Associated Press the department is reviewing materials from the case, but didn't say when a decision will be made.

"We're giving a strong look at the information provided," Stanton said. "We will be very careful and deliberate with our assessment."

A memorial for Williams that Emison helped organize was held in Brownsville on Saturday, and a historical marker was unveiled in Williams' honor.

"It didn't seem like anybody was really interested in seeking justice," said McGraw, who lives in Ann Arbor, Mich.

When he ponders that photograph on his desk, Emison said he thinks about the courage it took for Williams and his fellow activists to keep pushing for black voter registration, knowing they might die.

Emison said that spirit pushes him to solve Williams' case.

"This is something that I can do for civil rights," he said. "This is justice."