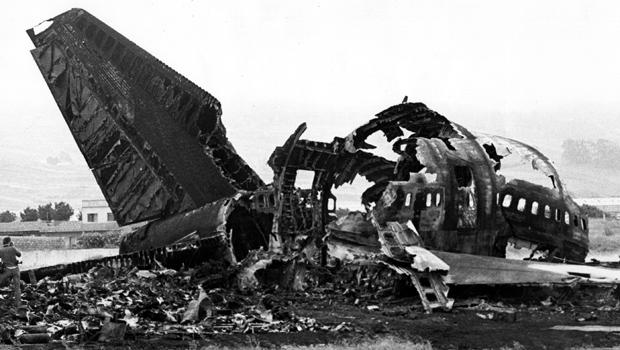 Monday marks the 40th anniversary of the deadliest aviation disaster in history, when two jumbo jets collided on March 27, 1977. It happened on the small Spanish island of Tenerife, off the coast of West Africa.

The events, coincidences and errors that led to the accident are almost too incredible to believe. An act of terror at a different airport, miscommunication, weather and pilot error all played important roles. And amazingly, it all happened on the ground.

Four decades ago, Tenerife, the largest of the pristine, quiet Spanish Canary Islands, was suddenly home to the worst airline disaster the world had ever seen, both then and now.

“Historically, it’s an accident with an almost mythical kind of aura around it,” said Patrick Smith, a commercial airline pilot and author who has studied Tenerife extensively. “Where that comes from, I think, is partly the bizarre cascading series of ironies and coincidences that led to it happening, beginning with the fact that neither of these two planes was supposed to be at Tenerife in the first place.”

Two jumbo jets had been shifted to Tenerife by a global threat that still haunts the industry, after a terrorist bomb explosion at the Canary Islands’ main airport in Las Palmas.

The two 747s (one American, operated by Pan Am; one Dutch, operated by KLM) ended up on an infrequently-used runway.

As both planes waited for several hours, an unusually dense fog descended. Eventually the tower sent a message to the KLM flight to taxi to the end of the runway and turn around, then instructed the Pan Am flight to follow.

The KLM jet got into position and announced they were ready to go.

“The Pan Am pilots heard this, became startled, clicked their mic to say, ‘Hey, we’re still on the runway,’” said Smith.

Because of radio interference, the KLM plane didn’t get that message.  The pilot, thinking he was cleared for take off, sent his plane rocketing down the runway, where the Pan Am plane was still taxiing.

Bob Bragg, the first officer of the Pan Am flight, spoke to CBS News in 2000: “As soon as I saw the man moving and coming at us, I started saying, ‘Get off!’ As we were turning to the left, I looked back out of my side window, and that’s when he had lifted off the ground and become airborne, right as close to us as I could see him.”

On contact it burst into flames and tore the top of the Pan Am jet clear off.

Everyone aboard the KLM flight was killed.  But inside the Pan Am plane, some remained alive, including Joan Feathers, whom correspondent Jeff Glor found outside Phoenix just last week.

“You haven’t really talked about this publicly in 40 years,” Glor said.

“I wonder what you’re thinking here as the anniversary arrives.”

“How fortunate I am,” Feather replied.

She recalled, “I sat there thinking, ‘This is the end.’ So as we made our way to the side of the plane, all these little implosions of fire, I just felt that it was imminent. I did not want to burn up.  So there was a doctor from Chicago that had been in the plane and he was down below and he said, ‘Jump, I’ll catch you.’”

As she looked around, Feathers said, “I could tell that there was a lot of these little fires that were getting bigger, so I kept running. And it wasn’t maybe fifteen seconds and the plane went up like an atom bomb. … It just phewww, and then a huge fire.”

Investigators pinned most of the blame on the KLM pilot, Jacob van Zanten, who was considered such an exceptional flier he was the face of the company.

“He was on KLM billboards and in KLM advertisements,” Smith said. “And one of the famous little nuggets of the story is that when word got back to KLM that one of their planes had crashed, they went looking for Captain van Zanten to go to the scene to figure out what happened, unaware that he was actually the captain.”

As Patrick Smith said, “We’ve engineered away what used to be the causes of some of the worst crashes ever. But this one, I think the fundamental cause or causes are really still there.”

“Those problems are still out there,” Smith said. “And there’s not a crisis, but we shouldn’t be complacent about that.”

As for Joan Feathers, she’s never stopped thinking about Tenerife. “Every year on March 27th, I remember, and it’s as if it happened not long ago,” she said.

“You think about it every time you fly?” asked Glor.

“Every time you fly.”