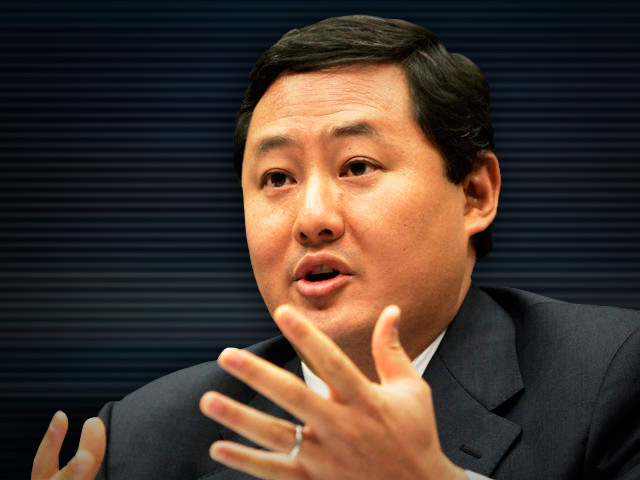 As the nation observes the tenth anniversary of Sept. 11, 2001 terror attacks, the former government official behind one of the most controversial policy responses to those attacks has mounted a full-throated defense of his legacy.

In a new book, newspaper op-eds and interviews, former Justice Department lawyer John Yoo argues not only for the legality of the advice he gave government policy makers, but also for its effectiveness in preventing a sequel to the 2001 attacks in New York and Washington. "In the decade to follow," Yoo writes in the Wall Street Journal, "the most incredible thing to happen was this: nothing."

Yoo believes a key to preventing a follow-on attack has been intelligence gleaned from terror suspects in the Bush administration's harsh interrogation program, which Yoo was instrumental in the creating as an author of the memos authorizing it. And he wants to convince the world that it was legal, though he admits struggling over some questions, like whether waterboarding constitutes torture.

"I thought that was the hardest question that we had to face in the government," Yoo said. "Personally, I don't think so."

In a CBS News interview, Yoo gave a detailed explanation of the basis for his view that waterboarding is not torture. He said it was formed by research he conducted while a deputy assistant attorney general at the Justice Department, where he served from 2001 to 2003. Yoo said a primary source of information about waterboarding came from his examination of the military program known as SERE, an acronym for Survival, Evasion, Resistance, Escape. The program is designed in part to prepare U.S. military members to withstand interrogation.

Yoo and his Justice Department colleagues' research into SERE techniques to design the Bush interrogation program has been widely reported. But what was less well understood is the degree to which Yoo relied on the program to shape his own views - and thus those of the Bush administration - on whether waterboarding qualifies as torture.

"I don't think it was torture because all the information we had about the effects of waterboarding on people - we're talking mostly about something like 20,000 American soldiers and officials - show that there was no harm from it," Yoo said. "Our military would not torture its own soldiers."

"If that information had been different, if we had found that when waterboarding was used on our own troops and officials, that it was causing harm, then I wouldn't have permitted it to be used," he said.

For critics of the Bush-era interrogation policies that debate is long over.

"The Bush administration liked to use the euphemism 'enhanced interrogation techniques,'" he said. "But most everybody views it as torture."

Yoo disputes that notion, saying the threat of execution was not meant to be part of the technique.

"I wasn't there in the room watching how it was done," Yoo said. "But it's not supposed to be simulated execution. If it were - you're not allowed to play Russian roulette with people."

"I don't think they were supposed to be putting Khalid Sheik Mohammed or the other two leaders under the impression they were going to be executed," he added.

The Justice Department withdrew Yoo's opinions in 2004, after he had left the government. And President Obama disavowed waterboarding soon after taking office in 2009 in an executive order that spells out the rules for lawful interrogation.

For Yoo, those decisions amount to a difference in interpretation. "There's nothing wrong in law in disagreeing about people's conclusions," he said.

Yoo points to some recent polling that indicates most Americans support his conclusions and the approach he championed in the Bush administration.

More than 60 percent of respondents in Fox News poll conducted in May after the killing of Osama bin Laden said they support the use by the CIA of "enhanced interrogation techniques" such as waterboarding to obtain information from terror suspects. And in an August Pew poll, a majority, 53 percent, said using torture on suspected terrorists is "often" or "sometimes justified." Only 24 percent of Americans said it's "never justified."

Yoo is co-editor of a just-released book, Confronting Terror: 9/11 and the Future of American Security, which includes essays from contributors across the political spectrum.

Among them is George Washington University law professor Jonathan Turley, a fierce and persistent critic of Yoo and his legal reasoning. Turley dismisses out of hand any claim of legality regarding the interrogation methods approved by Yoo and his colleagues at the Justice Department's Office of Legal Counsel.

But Turley argues in his essay that Yoo's most damaging and lasting breech was to give legal cover to President Bush, Vice President Cheney and officials from that government and future administrations.

"Government officials now understand that they cannot be held personally liable if they follow orders from their superiors, even in the commission of torture," he writes, and future presidents need only to find "willing lawyers to issue self-serving analysis."

"It will take decades for the United States to recover from these legal losses and regain our position as the world's defender of the rule of law," writes Turley.

Turley also points out in his essay that the U.S. prosecuted Japanese officers for World War II-era waterboarding of American and Allied soldiers.

Yoo bristles at that comparison. In his view, the U.S. waterboarding, with its roots in the SERE program, was more humane.

"If you actually look at what the Japanese did it's so far removed, so abusive compared to what the United States did after 9/11 that it doesn't really bear any comparison," he said.

In the immediate aftermath of the attacks, Yoo believes that any American administration would have pushed the boundaries on interrogation.

"I find it very hard to think any American national security leaders would have said, 'Oh no, we're not going to do any of this. We're just going to give them lawyer and give them Miranda and ask them polite questions and if they say they don't want to cooperate, then they don't cooperate and that's it,'" Yoo said.

That reasoning points to a specific fear of Yoo's critics: without prosecution or some form of official accountability, waterboarding and other harsh interrogation could be viewed as a legitimate policy option by future administrations.

"So this president won't torture," said Human Rights Watch's Roth. "But who knows about the next president?"

Georgetown law professor David Cole has called on the Obama administration to fulfill its obligation under international treaties to investigate all credible claims of torture. And in his view, there are many.

"That was one of the biggest mistakes in responding to 9/11," Cole said. "It has harmed us immeasurably and I think, until we come to account for it, it will continue to harm us in the future."