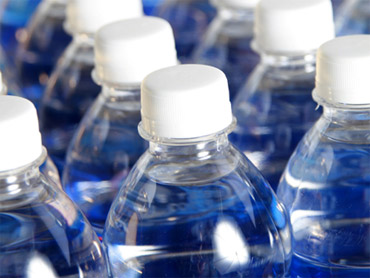 A Sacramento area radio station fired 10 employees Tuesday, including three morning disc jockeys, in reaction to a tragedy in which a woman died Friday after an on-air water-drinking contest at the station's studios.

The hosts of the KDND-FM "Morning Rave" show - who go by the on-air names Trish, Maney and Lukas - were fired a day after the station suspended the show and said it is investigating the circumstances surrounding the death.

Jennifer Lea Strange, 28, died after participating in a water-drinking contest on the hit music radio station, which calls itself – playing on the sound of its call letters – The End.

CBS News station KOVR-TV reports that during the contest, a listener - self-identified as a nurse - called the live radio broadcast and warned that the game was dangerous.

"I want to say that those people drinking all that water can get sick and die from water intoxication," said the caller.

"Yeah, we're aware of that," replied a DJ, according to the broadcast news report. "They signed releases so we're not responsible, okay?"

Donnie Logsdon – one of the 18 contestants trying to win a Nintendo Wii gaming console by drinking the most water without going to the bathroom – tells KOVR-TV news that they didn't hear that on-air warning in the room where he and the others were filling up way beyond comfort.

"Maybe she would have walked away," says Logsdon. "But we didn't hear that inside there."

Strange was second to last to stop drinking, and when she bowed out, she did say on the air that she was not feeling well.

"My head hurts. They keep telling me that it's the water...that it will
tell my head to hurt and it'll make me puke." Strange told the DJ, live on the air, before leaving the station. "Who told you that, the intern?" was the DJ's response, according to the KOVR-TV news report on the radio show.

John Geary, vice president and general manager of KDND parent company, Entercom/Sacramento, announced the firings Tuesday in an e-mail to reporters: "Effective immediately, the 'Morning Rave' program is canceled and ten employees are no longer with the station."

A company spokesman, Charles Sipkins, confirmed that the three DJs, as well as two other on-air personalities, "Carter" and "Fester," are among those fired. Five other employees who worked on the "Morning Rave" also were let go. All 10 were fired, the spokesman said, for violating terms of their employee agreements.

The "Morning Rave" had been on the air for about five years and was one of Sacramento's top-rated morning radio shows.

During the contest, participants were given two minutes to drink an 8-ounce bottle of water and then given another bottle to drink after a 10-minute break.

The contest was called "Hold your Wee for a Wii."

Contestant James Ybarra said he quit drinking after imbibing eight bottles, but Strange, who placed second, and other would-be winners kept going even after they were handed even larger containers.

In all, according to witness reports, Strange may have drunk nearly two gallons. Afterward, she appeared ill when she went on the air, one contestant said.

After the contest, Strange called in sick to work, crying and saying she was heading home in terrible pain. About five hours later, Strange – who had three children - was found dead by her mother at her home in the Sacramento suburb of Rancho Cordova.

According to the Sacramento County coroner, preliminary autopsy findings indicate she died of water intoxication.

Drinking large quantities of water rapidly can throw off the body's balance of electrolytes, causing brain swelling and leading to seizures, coma, or even death.

In February 2005, a Chico State University student died after drinking too much water in a hazing incident at a fraternity. Matthew Carrington was forced to repeatedly drink from a 5-gallon jug and then do calisthenics.

Sgt. Tim Curran, spokesman for the Sacramento County Sheriff's Department, which would have jurisdiction over the KDND incident, said officers are not investigating Strange's death.

"It was a contest and people are saying there was no coercion. On its face, it appears it was all done voluntarily, and no criminal activity was involved," Curran said.

In the studio, Ybarra said Strange showed fellow contestants photographs of her two sons and daughter, for whom she was hoping to win the Nintendo Wii. The game console retails for about $250.