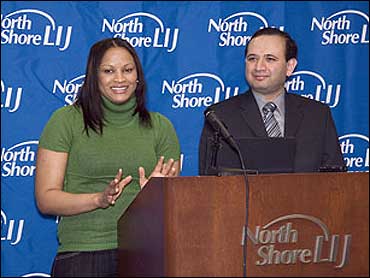 
Two summers ago you couldn't turn on the radio and not hear Sean Paul's "Temperature."

Queens bank teller Stacy Gayle, who has epilepsy, liked the song but, it seemed every time she heard it, it triggered a seizure. When she told her doctors, they were skeptical. Yet she convinced them to test her theory. So in the safety of a lab, she put on her iPod, played the song and on came the seizures.

The doctors ran a pet scan and an EEG. They could actually see where in Stacey's brain the seizures started. It turns out Stacey has "musicogenic epilepsy" - of which there are but five known cases in the world.

After further tests, Dr. Asesh Mehta performed surgery to remove that part of the brain. Dr. Mehta told me it was like a "eureka" moment. And Stacey told me that since the operation, she hasn't had one seizure.