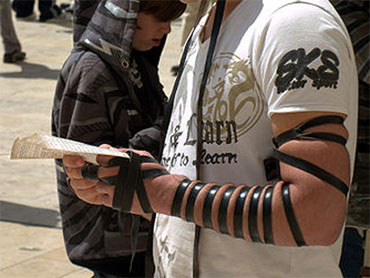 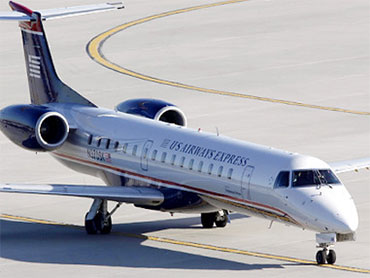 (AP PHOTO)
PHILADELPHIA (CBS/AP) A religious Jew wearing a series of black boxes and leather straps called tefillin or phylacteries inadvertently set off a bomb scare on a US Airways flight to Kentucky.

The plane was diverted to Philadelphia.

A 17-year-old boy on Flight 3079 traveling from New York to Louisville was using tefillin boxes which are attached to the arm and forehead and contain prayer scrolls and have long leather straps which wrap around the arm, said Philadelphia police Lt. Frank Vanore.

"It's something that the average person is not going to see very often, if ever," FBI spokesman J.J. Klaver said.

The teen explained the ritual after being questioned by crew members, but the captain decided to land in Philadelphia anyway, authorities said.

The flight left LaGuardia Airport in New York around 7:30 a.m. It landed without incident in Philadelphia about 90 minutes later and was met by police and officials from the FBI and Transportation Security Administration.

Authorities said the plane was searched and passengers were questioned. The teen, who is from White Plains, N.Y., and was traveling with his 16-year-old sister, was very cooperative, Vanore said.

"They were more alarmed than we were," Vanore said.

Klaver said the teen and his sister were never in custody, and have been cleared to continue their travels.

Passengers on 50-seat regional jet, which was operated by Chautauqua Airlines, were rebooked on other flights, US Airways spokesman Morgan Durrant said.