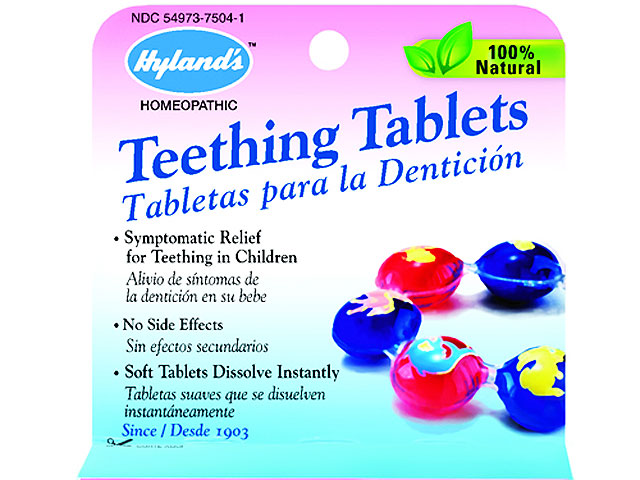 (CBS) Teething is no fun for little kids, but watch out for homeopathic "teething tablets."

The FDA has detected a potentially toxic substance in Hyland's Teething Tablets and urges consumers to discard them, according to a statement.

released by the agency. The manufacturer of the over-the-counter tablets, Hyland's, issued a recall.

The substance in question is belladonna, which can cause "serious harm" at high doses, according to the agency, which said it has received reports that some children taking the product experienced symptoms that are consistent with belladonna toxicity.

The agency said it has also received reports of children who consumed more tablets than recommended, because the containers lack child-resistant caps.

Parents should a doctor if a child experiences suspicious symptoms after using the tablets. Symptoms of belladonna toxicity include seizures, difficulty breathing, lethargy, excessive sleepiness, muscle weakness, skin flushing, constipation, difficulty urinating, and agitation, according to the FDA.

The tablets (and their product codes) included in the recall are:

Hyland's said consumers can contact the company for a refund or replacement product by visiting its website or calling 877-496-5044.