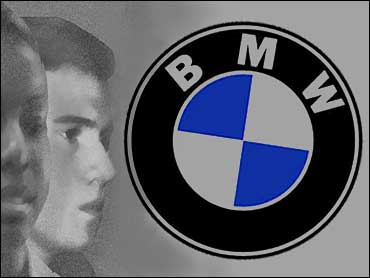 A New Jersey teenage boy duped an Ohio car dealership into delivering a $123,000 BMW to him at his high school, police said Thursday.

A second order was never shipped after the dealership became suspicious, and the teen was arrested. The first car was later found in Raleigh, N.C., police said.

"He apparently sold the car, and it ended up in a dealership in North Carolina," said Detective Scott Davis of the Dublin, Ohio, police.

The boy was 16 in early January when he ordered the 12-cylinder 2004 BMW 760Li with "black sapphire metallic" paint and a heated steering wheel and seats. He told Midwestern Auto Group that his bank would confirm the wire transfer, authorities said.

After completing and returning paperwork that was mailed to his home, the teen called the dealership pretending to be a banker confirming the transfer, police said.

Mark Brentlinger with Midwestern Auto Group said Thursday night the teen called the bank posing as one of its employees and was able to get a real employee to call the dealership to confirm the wire transfer.

The car was delivered to him at Dickinson High School on Jan. 27, two weeks after the boy turned 17, police said.

That same day, he ordered a second car. But when Midwestern Auto Group learned that the first payment was never made, the dealership contacted police.

The boy was arrested at his Jersey City home late last month.

Police said the teen was not hard to find. "He did use his correct name, as far as I know," Davis said.

The teen is charged with theft by deception and was no longer in custody, Sgt. Edgar Martinez said. Authorities did not release the boy's name because he is a juvenile.

Brentlinger said he initially compiled a list of employees he thought should be fired because of the incident, but he said that changed as he learned more about what happened.

"As the story unfolded it was our firm belief, through the processes we'd used for years, that we had the money in our account," Brentlinger said.