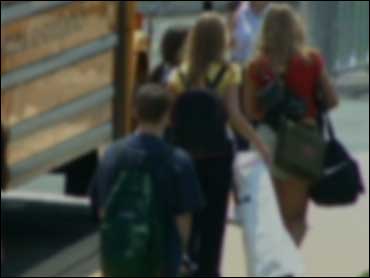 It's news that has people talking in the sleepy fishing village of Gloucester, Massachusetts, reports CBS News correspondent Michelle Miller.

"I think it's awful," one woman says. "They're kids having kids."

Seventeen girls at Gloucester High School not only got pregnant, but according to some, it was no accident.

"So they did it on purpose?" Miller asks.

School officials discovered the pregnancy pact after some girls seemed disappointed that their pregnancy tests from the school nurse came back negative.

"They will have a baby as part of their life to give them status," Farmer says. "motherhood gives them status."

Status in Gloucester is hard to come by. The once thriving fishing community has seen jobs drift overseas. Economic depression has left many teens trying to fill the void.

"It sort of gives you the impression of being an adult, an independent. It may give you an opportunity for unconditional love and attention from the baby and also that you give to the baby," Dr. Elisabeth Guthrie, a pediatric psychiatrist, says.

According to the superintendent, all the girls were 16 or younger. Most of the fathers weren't in high school and at least one of them was a 24-year-old man.

Amanda Ireland, mother of 3-year-old Haley, just graduated from Gloucester High. She says she's tried to warn her peers about the tough road ahead.

"Don't, don't try to get pregnant," she says. "People say, 'I know what it's like because I have siblings.' But you really don't. No one knows until they actually go through it. And it's a lot of work."

School officials have their work cut for them. They are now considering a plan to provide birth control services in the high school next fall.

Their biggest challenge is how to change the mindset in some of the girls who come here.