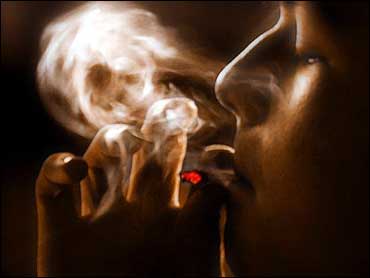 Few teenagers say they've tried marijuana, but teens say it's easier to buy than cigarettes or beer, according to a national survey.

More than one-third of teens polled by the National Center on Addiction and Substance Abuse said they could buy marijuana in just a few hours, 27 percent in an hour or less.

Overall, however, 75 percent of students said they have not smoked marijuana.

The annual survey of 1,000 teenagers was being released Tuesday. It did not specify whether drugs are easy or difficult to buy at school, but 63 percent of students said their schools are "drug-free," nearly double the number who said the same in 1998.

The school's drug-prevention programs, such as DARE, are paired with a get-tough policy on drugs that includes twice-yearly, random locker and backpack searches by drug-sniffing dogs, Willen said. Students caught using or selling drugs can be sent to an alternative school or even expelled.

"They know we take a real hard line on drugs," he said.

One in 12 students believes there's a teacher at their school who uses illegal drugs, according to the survey. A fourth of students said they've seen illegal drugs being sold at school, but a little more than half said they'd report someone they saw selling or using drugs, the highest level since 1996.

Gerald Tirozzi, executive director of the National Association of Secondary School Principals, said student drug use has been dropping for the past four or five years as communities began financing anti-drug programs.

"I think we're starting to see the fruition of some of those programs," he said.

More than half of students said they don't drink alcohol in a typical week, and about as many said they have never had a drink.

While one in four pupils said at least one parent smokes cigarettes, 69 percent said they have never smoked.

The National Center on Addiction and Substance Abuse, based at Columbia University, polls teenagers on drug use and the presence of drugs in schools. This year's random telephone survey of students age 12-17 was conducted Dec. 27, 2001-Feb. 6, 2002, by QEV Analytics. It has a margin of error of plus or minus 3.1 percent age points.