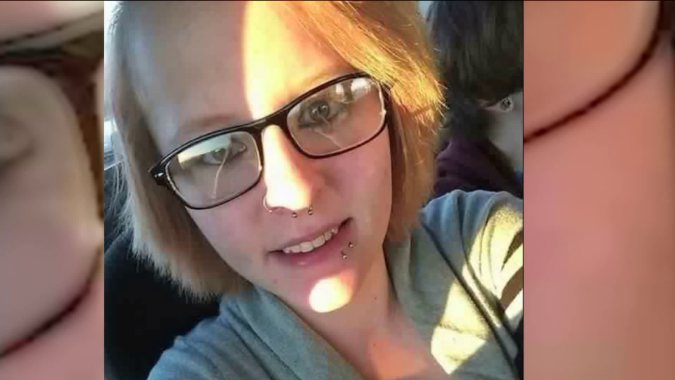 SPOTSYLVANIA, Va. --Police in central Virginia say a missing teen's luggage was found ditched along a road days after she went missing on her way to the airport.

Katelin Akens was last seen Saturday when her stepfather drove her from his home in Spotsylvania, about 60 miles southwest of Washington, D.C., to a suburban Washington shopping mall. From there, the 19-year-old was expected to take the Metro to Reagan National Airport and catch a flight back to her home in Arizona, Capt. Jeff Pearce of the Spotsylvania County Sheriff's Office told 48 Hours' Crimesider.

However, Pearce says, Akens never arrived at her destination. On Monday, her luggage was found by road workers along the side of a road in Spotsylvania, near the Fredericksburg city limit - apparently dumped there.

"Of course it's suspicious - the young lady was supposed to be on a plane back home to Arizona and we found her luggage in a drainage ditch in the middle of Spotsylvania County, nearly 50 miles from the airport," Pearce told Crimesider.

Family told CBS affiliate WTVR that she texted them to let them know she had made it to the airport, but she never boarded the flight and they haven't heard from her since.

Pearce wouldn't comment on the contents of the suitcase or whether anything had been removed. Family told CBS affiliate WTVR that Aken's roomate's credit card was inside, which they say was her only access to funds.

Pearce said no other items were found with the suitcase.

Family told the station Akens was soon to start cosmetolegy school in Arizona, where she has lived for more than a year. Pearce said she had been in the area visiting her mother, who lives in neighboring Caroline County, and her stepfather in Spotsylvania.

"She wanted to go back because she was excited about school," her mother, Lisa Sullivan, told the station.

Pearce said police are investigating the case as a missing person under suspicious circumstances, but he said they haven't ruled out that she may have disappeared either by her own accord or for "any number of other reasons."

Pearce said the case is not connected to the murder of a young woman, Heather Ciccone, who was found shot dead in a car in Spotsylvania Sunday.