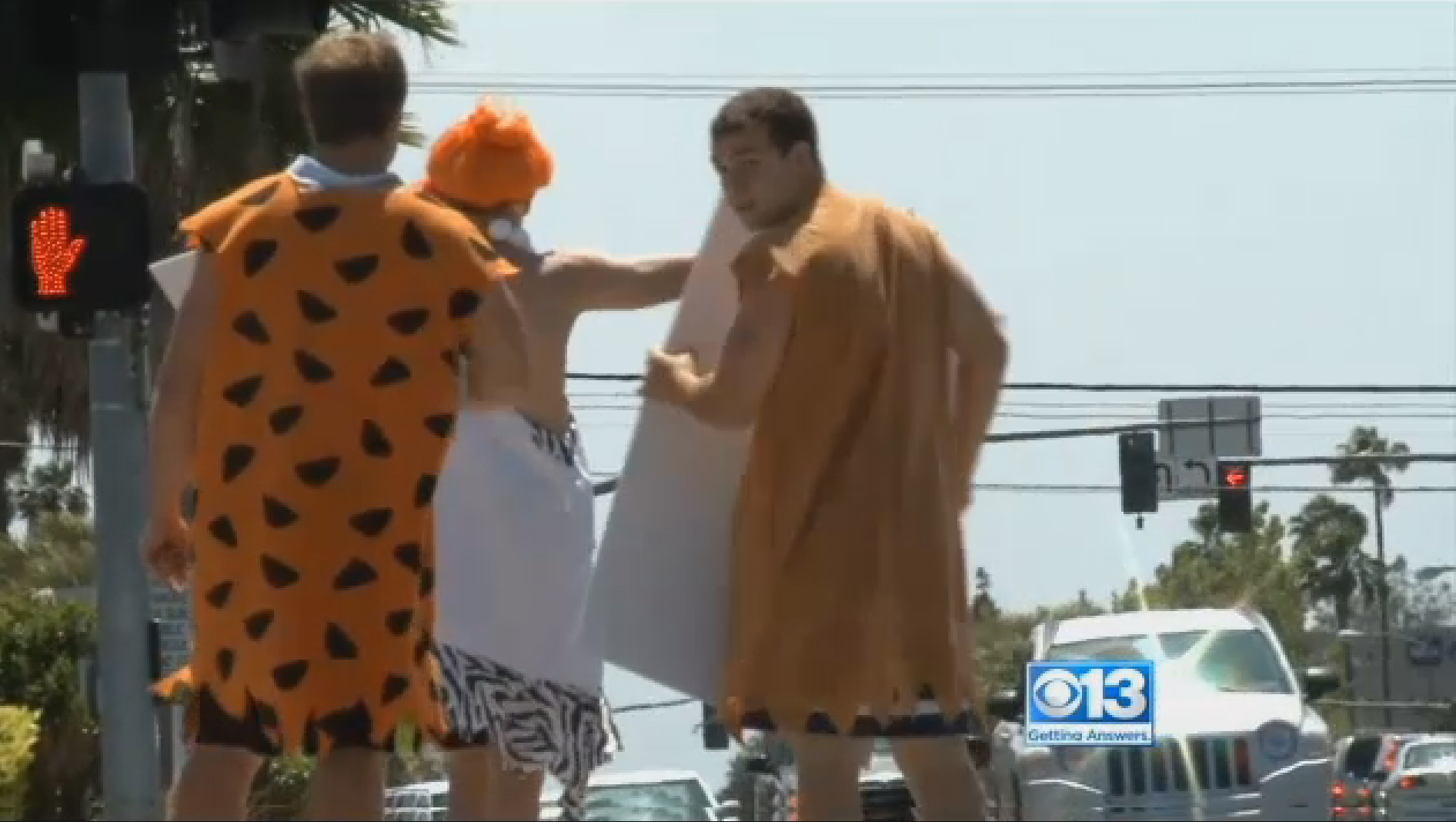 SACRAMENTO, Calif. - You can be they yabba dabba don't want to end up doing this again.

Three teenagers who allegedly stole a replica "Flintstones" car from a comic book store were able to escape criminal charges -- by dressing up as members of the modern Stone Age family.

CBS Sacramento reports that a replica of Fred Flintstone's famous foot-operated vehicle was stolen from in front of World's Best Comics in December.

The thieves put the replica in a pickup late one night and drove away. But cops were able to track down the culprits and the Fintstone-mobile was returned intact.

Comic book store owner Dave Downey agreed not to press charges - if the boys would do some work at his store instead. The teens accepted the deal.

"They were just embarrassed about the whole thing because it's just so silly, so they just kind of nodded yes," Downey said.

But there was a catch.

"It was decided that they would also be in 'Flintstones' costumes," Downey added.

The three boys donned costumes on Saturday and stood outside the store, greeting passers-by as Fred, Barney and Wilma. Customers and the merely curious snapped photos of the boys as they posed as characters from the classic television cartoon.

"Everybody had heard about this and then they finally caught the guys, so they're up here," said store patron Richard Justice.

Former aide on Jan. 6 warnings, pardon requests, and Trump trying to grab the wheel
Thanks for reading CBS NEWS.
Create your free account or log in
for more features.
View CBS News In
CBS News App Open
Chrome Safari Continue
Be the first to know
Get browser notifications for breaking news, live events, and exclusive reporting.