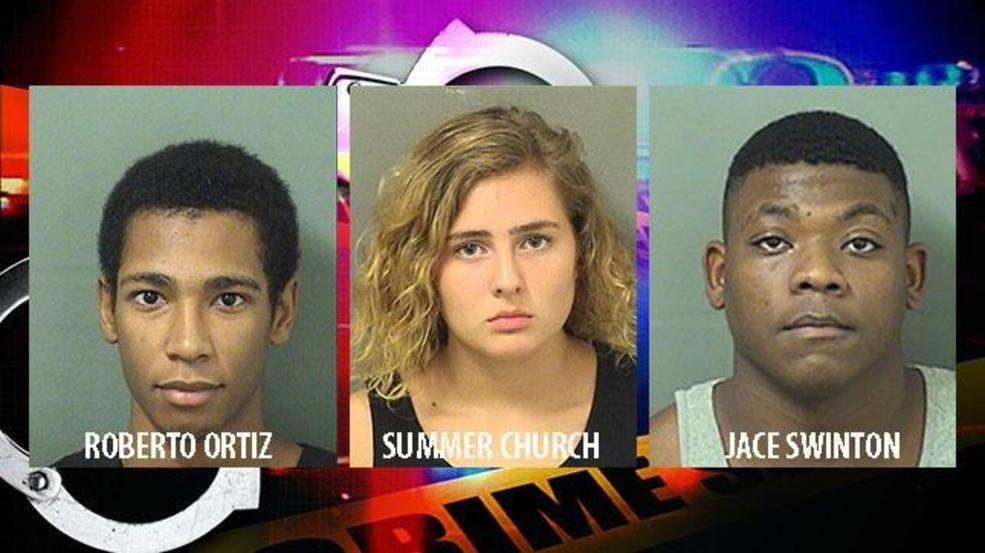 WEST PALM BEACH, Fla. -- Three Florida teenagers are being held without bail after being charged with murdering a professional mixed martial arts fighter.

A judge in Palm Beach County denied bond Saturday to a 16-year-old Summer Church and 18-year-olds Roberto Ortiz and Jace Swinton. All are charged as adults with first-degree murder after the slaying of 25-year-old mixed martial arts fighter Aaron Rajman.

The Palm Beach Post reports that while Church wasn't at the scene when Swinton was killed during a July 3 home invasion, police say she was the mastermind behind the slaying. The 11th-grader was arrested on her way to school Friday.

Ortiz and Swinton are also charged with home invasion. Police say a fight broke out after they entered Rajman's home and Rajman was fatally shot.

"This was no random act of violence," State Attorney Dave Aronberg told CBS affiliate WPEC. "Mr. Rajman was targeted by these defendants, and we intend to seek justice for the victim and his family."

Church's mother Judi Church, however, told the Sun Sentinel that her daughter was friends with Rajman and that a group of men forced her at gunpoint to call him.

"She's not a bad kid. She's trying to do good in school this year, and she wants to go to nursing school," Judi Church told the paper.

She said her daughter is cooperating with police.

Rajman had a 2-2 record since becoming a professional fighter.