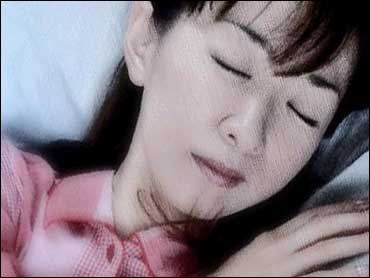 If there's a teenager in your life, there's a very good chance that he or she is sound asleep weekend mornings and will stay that way for another few hours.

And they probably stayed up last night long after you were ready to turn in.

It turns out there are some important things parents should know about the teenage body clock. That's where The Saturday Early Show family counselor Mike Riera comes in.

The following are his answers to our questions:

Q:Why do so many teenagers seem to be wide-awake late at night and have trouble functioning in the morning?

A: Once kids reach puberty, their wake-sleep cycle changes and stays that way until their early 20s This is a biological change.

They tend not to get sleepy until after 10:00 p.m., and then when they do wake up, it takes them longer to get fully wake. In fact, most aren't really wide awake until early afternoon.

What's particularly difficult for parents is that we tend to get tired around 9:00 p.m., and have a difficult time believing our same teenager who had so much trouble dragging himself out of bed in the morning is wide-awake at night!

Q: How much sleep is recommended for teenagers, and how far short of it are they falling?

A: Teenagers need a little over nine hours of sleep each night, which flies in the face of what was conventional wisdom for a long time: as you get older, you need less and less sleep.

Most teens only get about seven hours per night, largely because of when school starts. For example, if a teenager falls asleep at 11:30 and they get out of bed at 6:30 to get to school by 7:30, that's only seven hours a night.

A: You can try, but most kids will tell you that they simply can't fall asleep before 11:00 p.m., and biologically they are right.

Q:What are the consequences of not getting enough sleep in their lives? Say in driving?

A: This is huge and often not looked at carefully enough. Each year, there are around 100,000 automobile accidents attributed to drowsy driving, with teenage drivers at the wheel over half the time.

This means that parents of teenagers need to talk with their kids about not driving when they are tired. And kids do this most frequently on a weekend night after they've dropped off their last friend. This is when the fatigue sets in and when they are most prone to a drowsy driving accident.

Q: How about the impact on schoolwork?

A: According to one study out of Brown University, high school students who got Cs, Ds, and Fs reported going to bed 40 minutes later than their peers who got As and Bs.

This only makes sense: If you're reading a book and you're exhausted, you'll need to read the same page five times before you get it; if you're rested, one read is usually sufficient.

Also, during sleep the brain continues to work and put new ideas into place. That is, the brain literally keeps learning at night. So enough sleep is essential to learning.

Q:Is there an effect on their emotions?

A: Kids who don't sleep enough are more susceptible to depression and sometimes even disorders like Attention Deficit Disorder.

Q:A handful of high schools have shifted to a later starting time in the morning. Any evidence that it's helping kids to focus better?

A: Definitely! For example, in Edina, Minn., they moved the start time of schools back from 7:15 a.m. to 8:40 a.m. They have found that rates of student illnesses and depression have decreased, while grades have increased.

Q:Can kids "catch up" on their sleep on the weekends?

A: Somewhat, but it plays havoc with developing a consistent sleep rhythm. But it's probably better than not getting the sleep. And remember, when your teenager sleeps in on the weekend it usually has nothing to do with laziness.

The following is his adivice on how parents can help teens get enough rest - by developing good sleep habits.