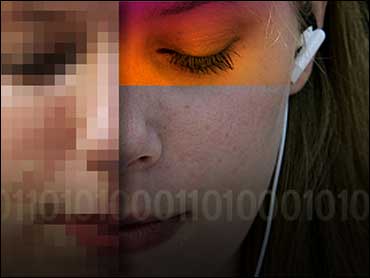 This story was written by CBSNews.com's Melissa P. McNamara.


For 16-year-old Rae Tyree, a junior in Ann Arbor, Mich., hanging out with friends often means "just sitting and watching each other talk online." Sometimes they make definite plans to actually do something in person, like going to a movie. But mostly their friendships are online.

"It was an addiction," Rae's mother Karen says, referring to her daughter's frequent need to be online during her middle-school years. Karen says Rae could not get her homework done because she was always online. "One time she spent the night with a friend whose father had computers networked in his house and they spent the evening in separate rooms on IM," Karen says.

Rae is hardly alone. Technology is so integrated into teens' lives that it's difficult to measure where their offline life begins and their online life ends.

Their daily routines buzz with cell phones ringing with the latest tunes, pings from their IM accounts and daily computer runs to see if they've been "friended" on MySpace or "Facebooked." On average, teens say they spend almost three hours a day on the Internet on a typical day, according to a CBSNews.com poll.

For many teens, checking MySpace or Facebook is the first and last thing they do each day. In our poll, nearly half of teens said they post something on these Web sites at least occasionally. "MySpace allows you to talk to your friends at any time; it's never too late," Rae says..

When CBSNews.com set out to explore this always-wired teen generation, GenTech, we tried to look at nearly every aspect of the way technology and teens intersect. Adult culture, after all, is certainly very worried about how teenagers are dealing with this constant rush of technology in their lives. But after sending reporters into nearly every nook and cranny of teen life, we found the news is overwhelmingly positive.

However, the pace of this social change is profound — and as with any quick change, it's difficult to know what the consequences may be down the line. What is important about all this is not just the effect of technology on teens themselves, but how their use of technology is changing family dynamics, interpersonal relationships, crime, education and even the way major companies conduct business.

This notion of teens being in touch all the time, anytime, is striking, says Lee Rainie, founding director of the Pew Internet & American Life Project. "Their conversations never end and anytime a sort of new input enters their lives — gossip or real news — they have the capacity to broadcast it to a wider group," Rainie says.

The speed and accessibility of technology makes it difficult to even remember how we conducted our lives when the world wasn't so wired, when just 15 years ago conversations that weren't face to face took place either over the telephone or by written letter.

In the 1980's, when my family purchased our first computer, it was a big, clunky machine used only for simple educational games and later, typing school papers. My parents, of course, never touched a computer until they were adults. Those days are so far gone that GenTech teens wouldn't believe it. It is now routine for teens to chat with several friends via instant messenger while texting other acquaintances and searching for a movie listing on their computer — all simultaneously.

But the speed by which teens have taken to this technology has experts debating what effect this is having. Are the social relationships cyber-connected GenTech form deep and satisfying, or does the solitary act of e-mailing and IMing online subtly isolate them? Is techy multitasking a genuine skill or the enemy of focus and attention? Are adolescents more ready targets of predators and child abusers, or are they safer since teens are likely to spend away hours at home online rather than at the mall?

The answers are not at all clear, but the scope of the change is startling.

"Teens are communicating with each other in new and different ways and it has interesting implications for the kinds of communities they create," says Pew's Rainie. "Their relationship to information and media is different from their parents, and they learn differently."

As high school sophomore Avery Taylor, 17, told CBSNews.com, "Cell phone in one hand, I'm typing with the other. I'm very into communication."

Believe it or not, teens' use of the Internet is still growing. For example, the number of teenagers using the Internet has grown 24 percent in the past four years; 87 percent of those between the ages of 12 and 17 now say they are online, according to a Pew study.

It's not just computers that this generation of teens is hooked on; they're also attached to their cell phones. In a CBSNews.com poll, 67 percent of teenagers say they have one and they use them for text messaging at least occasionally. In another recent survey, students in grades seven through 12 say they spend an average of an hour a day on their cell phones — about the same time they devote to homework.

In fact, New York City, the nation's largest school system, banned cell phones in schools last month because the mayor said they are a distraction, are used to cheat, take inappropriate photos in bathrooms and organize gang rendezvous. Detroit recently banned cell phones in schools, and Boston relied on a school-by-school approach until recently, when it changed the policy to let students have a phone, but only if it is turned off. Los Angeles lets students have cell phones, but they can use them only during breaks.

While it's not just teens who are online — a Pew Internet & American Life Project survey says about 60 million Americans say the Internet helped them make big decisions in their lives — the fact that they are so young may present unique problems, experts say.

"Teenagers have a biological need to separate (from their parents), and online there's a perception of invisibility from parents, removing the fear that their actions will be detected," says Nancy Willard, executive director of Center for Safe and Responsible Internet Use. "The disconnect between actions and consequences play against each other with teens."

"We're in for a pretty prolonged conversation in our culture about disclosure and privacy, for example, what you disclose and keep to yourself," Rainie says. "Teens don't think of posting something online as a public acts, so they are horrified when their dad reads it."

Karen Tyree, the mother of 16-year old Rae, agrees. "I think that teens have a lack of respect for privacy driven by technology. There used to be diaries hidden under mattresses," she says. "Now events, pictures and feelings are posted for everyone."

Since teens often don't realize their words can be broadcast instantly to thousands of people when they hit "send," teens often confess intimate secrets, post photos of themselves in precarious positions and divulge personal information to a wide, yet anonymous, audience online. Nearly 60 percent of teens in the Pew study said they've received an IM or email from a stranger, and 50 percent said they've written the strangers back.

Technology can also allow teens to get "validation for any bizarre or antisocial attitude or belief they have," says Dr. James Garbarino, Maude C. Clarke Chair in Humanistic Psychology at Loyola University in Chicago and author of "See Jane Hit." For example, in the wake of the Columbine School shooting in 1999, a site called, "The Church of Dylan and Eric" was started that allowed kids to validate what those boys did there, Garbarino notes. The Internet adds a different dynamic. "The connection is anonymous enough to encourage very nasty personal attacks on kids from relative safety," Garbarino says.

There's no question that the Web can be dangerous. The Justice Department boosted funding for its 7-year-old Internet Crimes Against Children (ICAC) program from $2.4 million in 1998 to $14.5 million this year. ICAC-related arrests tripled from 564 in 2003 to 1,597 in 2005.

But many say the fear factor is overstated. After all, teens misbehaving online today are similar in many ways to teens misbehaving before there were computers. The information highway is still far safer than the real highway.

"On balance, for most teens and parents, technology has brought better things in to their lives," Rainie says. "If you ask a kid who had unpleasant encounters at school, you'd see these are not new dynamics that are uniquely enabled by technology. Teens behaving questionably is a longstanding concern from time in memorial."

Parents often are out of touch or not as savvy as their teen children; that's undoubtedly part of the appeal for teens of going online in the first place. But that, too, is changing, with some parents quickly getting up to speed to monitor content on their kids' social-networking sites.

Karen Tyree works for a technology company, so keeping up with her teen daughter's online activity is a simple feat for her. But, she says "the dilemma is respecting their privacy while keeping them safe."

"Do you track there online movements? Cache their conversations? Maybe just read conversations that are left open on the computer?" Karen asks. "Every parent finds a different line."

Schools have been trying to figure out where to draw this line as well, if parents are unable to. In Libertyville, Ill., high school students are going to be held accountable for what they post on blogs and on social-networking sites such as MySpace.com. The board of Community High School District 128 voted unanimously to require, beginning with the next school year, that all students participating in extracurricular activities sign a pledge agreeing that evidence of "illegal or inappropriate" behavior posted on the Internet could be grounds for disciplinary action.

But it's often difficult for teens to draw that line. When teens go online, "the social distancing effect takes over," Rainie says. "Posting on MySpace or any other social networking site feels like a solitary act even if the outcome could be seen by millions. Even in e-mails, we often write things we would not dare to say aloud to another person."

And it's not just e-mails. Cell phones have exacerbated some teens' desire to talk incessantly, leading to an obsession with text messaging. While some worry that all this connection doesn't give teens enough respite from peer pressure, other parents fear that for socially anxious teens, text messaging and IMing at all hours can become a substitute for face-to-face communication.

"One thing about computers is that it's a very individual activity and it does make kids, I think, less interested in being with other people and isolating themselves," Liza Asher, a New Jersey mother, tells CBSNews.com. "Luckily, my kids like to be outside."

It's likely the same fear parents had when teens began gaining access to the household telephone or when 1950's parents feared that TV would stunt their children's development as they sat in front of a screen instead of playing outside with friends. But as technology evolves, so does the way teens use it.

Technology is deeply entrenched in most teens' lives. But, this may also mean that today's GenTechs may be tomorrow's technological leaders, pushing the country toward innovation.

What does remain certain, however, is that GenTech is growing into a world in which they will no longer remember doing one thing at a time, having a simple telephone conversation with a friend, or meeting someone in person before checking them out online. GenTech may be no different than Gen X when it comes to their behavior, but the technological means they have at their disposal is sure to influence the adults they become.