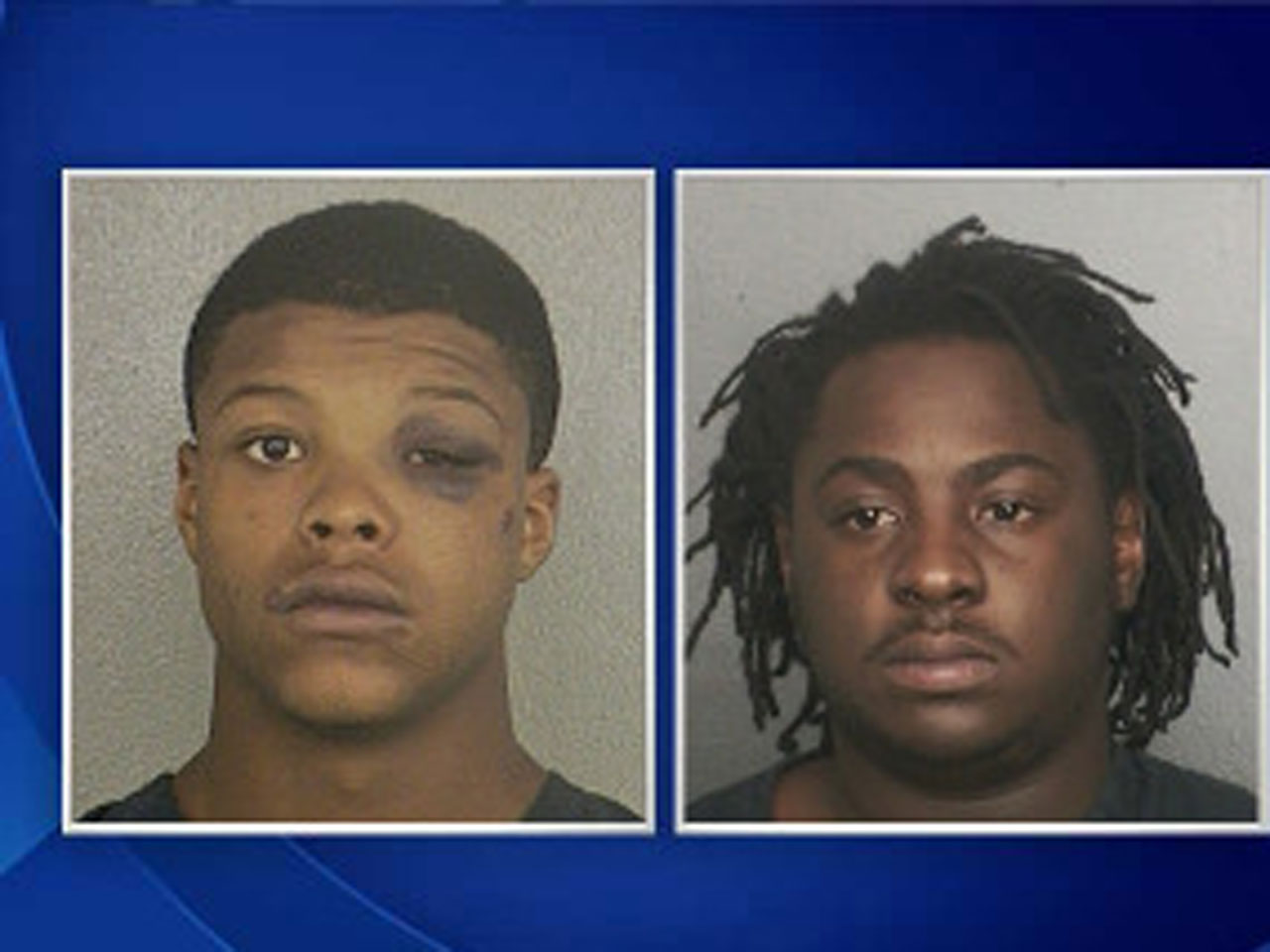 (CBS) FT. LAUDERDALE - Two of the five individuals implicated in the brutal beating and rape of a 16-year old girl in Hollywood, Fla. appeared in court Monday and were ordered held without bond, reports CBS Los Angeles.

Lanel Singleton, 18, and Jayvon Woolfork, 19, are both charged with false imprisonment and sexual battery of a minor.

The 16-year-old alleged victim reportedly says she was with one of the teen girls at a Hollywood residence last Friday when Singleton, Woolfork and another teen came from a different room in the residence and told her, "You have to have sex with 'Jay' or we are going to beat you."

When the girl refused, she told investigators all four began to beat her, saying they wouldn't stop until she agreed to have sex with Woolfork, reports the station.

When she continued to refuse, the girl said they dragged her by the hair out into the backyard, pushed her down a set of stairs, smashed her head into a concrete floor and then dragged her back inside to a bedroom, according to the station.

The teen reportedly said all four then pulled off her clothes and three of them held her down while Woolfork sexually battered her for five to ten minutes. They then allegedly let her go.

The teen told police she ran to her grandmother's house which was nearby, reports the station.

People who live in that neighborhood told CBS Los Angeles they are stunned at the allegations.

"It's very disturbing I didn't expect this I knew there were things going on in there that weren't too kosher but this was very surprising and upsetting of course," said Kathy Wasconis.

According to probable cause affidavits, the girls implicated in the case admitted to battering the girl but denied that she was sexually battered or that her clothing was forcibly removed.

The station reports investigators later learned the attack was captured on one of the teen girl's cell phone and seized it as evidence. One of the videos on the phone reportedly shows the victim being repeatedly punched and kicked and told the beating would only stop if she would agree to have sex with "Jay." Singleton allegedly admitted to taking the video, reports the station.

On the video, the girl was visibly stripped of her clothes and then she told the group she would do what they wanted if they would stop hitting her.

Singleton reportedly said the girl only agreed to have sex because she felt physically threatened, according to the police report. He also denied being present when she was sexually battered.