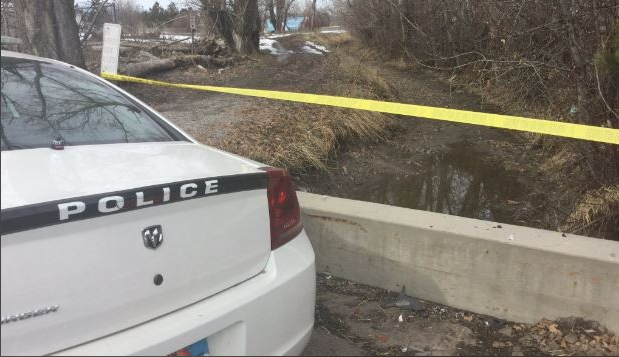 SALT LAKE CITY -- Two teenage boys charged with shooting a 14-year-old girl in the back of the head and leaving her wounded in a dry canal lured her to the spot in a small Utah town with a plan to rob and kill her, prosecutors said.

The 16-year-old boys set up a meeting by promising to sell her a knife and originally planned to stab her with knives of their own, according to newly filed charging documents. After they arrived, one boy decided instead to use a gun he had brought and shot the girl, prosecutors said Tuesday.

They took $55 from her purse, tossed her backpack in a trash bin and destroyed her cellphone and iPod, prosecutors wrote. The girl is in critical condition in a medically induced coma.

One teen told police that greed made them do it, investigators said.

The girl was reported missing Thursday evening when she didn’t return home from school, and she was found early Friday in the dry canal in the town of Smithfield, about 90 miles north of Salt Lake City.

“She is in the fight of her life right now,” said a spokeswoman for her family, Jill Parker.

The teen who brought the gun gave the spent shell casing to the other boy when he asked to keep it “as a memento,” the charges state. Officers later found it displayed on his bedroom windowsill.

The teen who took the casing home told police that he saw his friend shoot a girl he didn’t know, though investigators say text messages between the boys indicate they planned the robbery and shooting together.

The boys were charged with six counts each, including attempted aggravated murder, robbery and obstruction of justice.

The Associated Press is not naming the defendants because they are juveniles. It was not immediately clear if they had attorneys, and no phone numbers were listed in public records for them.

“I haven’t seen anything like this case in the 18 years I’ve worked in Cache County,” he told reporters.